National minimum wage (NMW) compliance is not as straightforward as employers might think with much more to consider than just an hourly rate of pay. Jonathan Berger and Phil Cavill outline the common risk areas that create underpayment – and some pitfalls to avoid.

Recently we have witnessed a rise in the number of businesses being investigated for NMW offences with commonplace practices, such as salary sacrifice schemes and employee workwear policies, inadvertently bringing employee pay under the minimum wage threshold.

The price of getting it wrong can be significant for employers. It can be financially costly to a business with up to 200% penalties for any underpayments identified, up to a maximum of £20,000 per worker. There is also a threat of reputational damage as the business may be ‘named and shamed’ in the press.

HMRC has been intensifying its focus on NMW breaches in recent years. Since 2016, its enforcement budget has increased by 99% to £26.3 million. And the number of NMW enforcement officers has risen from 330 in 2017 to more than 450 today.

So, what should employers be aware of and how can they avoid a costly breach?

What is the national minimum wage?

The NMW is the minimum pay rate per hour to which a worker is entitled, unless they are aged over 25 (pre-April 2021) or 23 (post-April 2021) in which case they are entitled to be paid at the national living wage (NLW) rate.

All employers in the UK have to pay all workers at or above the appropriate minimum rate. Workers are also entitled to the correct rate if they are part-time, casual labourers, agency workers, paid by the number of items they make, apprentices, trainees, on probation, disabled, agricultural workers, seafarers, foreign or offshore workers employed by a UK business.

What are the penalties for underpayment?

NMW compliance is under the HMRC microscope right now. With a myriad of challenges facing businesses from COVID-19, it’s inevitable that some finance teams – even those with the best of intentions – could be caught out.

Currently there are two penalty periods. The penalty amount charged depends on the date to which the underpayment relates. They are as follows:

HMRC can open an enquiry and enforce repayment of NMW arrears for a period of up to six years prior to a notice of underpayment being issued.

What are the common NMW risk areas?

In our experience the most common risk areas where underpayment breaches are likely to occur include the following:

What are the most common mistakes when paying NMW?

Often employers make deductions from either a worker's gross or net pay, depending on the item or what's been agreed. In the majority of cases these can reduce the level of pay that qualifies for NMW purposes to below the required rate – a particular issue for those paid at or slightly above NMW / NLW rates.

Common deductions to be aware of include: uniforms, admin fees, meal costs, private use of vehicles, DBS checks, till shortages, worker purchases, savings clubs and salary sacrifice schemes. But there are many more.

Another common error is employers classifying their employees under the incorrect worker type and not correctly paying them as a result. For example, businesses believe their workers are classified as salaried when often, from an NMW perspective, they are not, which has additional implications for payments made to them. Depending on their worker type, the rules as to what qualifies as pay from an NMW perspective can differ.

Even with the best of intentions, a lot of minimum wage issues can simply arise as part of the average working day. This might include, for instance, worker time records not capturing all the time actually worked, clocking in systems that round down, the smoothing of variable pay and failing to account for time taken to perform actions such as security checks, putting on PPE or undertaking training – all of these could trigger a breach.

Finally, some employers trip up by incorrectly regarding training time as non-working time. Any training a worker completes for the purpose of their job is considered working time for which they should be paid at least NMW / NLW rates.

Are some sectors more likely to underpay NMW?

Some sectors may be more vulnerable to falling into non-compliance than others. A number of high-profile cases have been brought in market sectors including retail, hospitality and the sports industry.

For example, sandwich chain Pret A Manger was 'named and shamed' by HMRC in its August 2021 list – along with 190 other UK businesses – for an underpayment involving a form of salary sacrifice. A spokesperson for Pret A Manger said it was a "unique" incident that occurred in 2019 when “a small number of team members opted to allocate some of their salary in exchange for childcare vouchers, as part of a voluntary salary sacrifice scheme". These ‘deductions from pay’ inadvertently caused remuneration to fall below minimum wage levels.

Other sectors can face more specific triggers, for example, clothing can be a significant risk area in the retail sector. Where workers need to provide their own uniform or prescribed clothing and the employee falls under NMW as a result, then the employer could be penalised. This was the case at restaurant chain Wagamama, which asked staff to wear black jeans or a skirt with a branded top, and had to repay an average of £50 each to 2,630 employees.

What if the NMW compliance failure is unintended?

It is not uncommon for employers acting in good faith to unintentionally pay workers below required rates. Many businesses are dealing with an increased workload and confusion due to the pandemic at present, as well as now focusing on building back from the lockdowns. In this climate, there could be significantly more incidents where businesses fail to identify policies that breach NMW legislation.

Many breaches arise due to administrative errors or technical breaches in the complex regulations. These can be difficult to understand or practically apply, particularly in relation to how working time must be calculated.

There were also several legislative changes in April 2021 which have increased an employer’s liability if they were not accounted for. These include post-Brexit temporary transitional powers, the re-categorisation of workers and changes to salary premiums.

It’s vital that employers review their policies and ensure that they are compliant – or risk being penalised. Even if there was no intent to underpay workers, businesses will still be charged interest and penalties, as well as need to make good the underpayments.

It's also worth noting that a considerable number of NMW reviews originate from employees and former employees making complaints directly to HMRC. In addition, HMRC increasingly targets certain sectors and builds on its experience from reviewing a particular business to extend its reviews into competitors within the sector.

The risks of non-compliance are potentially higher at present as businesses struggle to deal with significant workplace changes as a result of the pandemic. With investigations on the rise and mistakes costly, the best next step is to assure that you are compliant and not at risk of inadvertently underpaying staff.

If you are the subject of a review by HMRC, our employment tax team can help you through the investigation. In our own work, we have been able to help defend some mistakes when they have occurred. Recently, we were able to assist a client in the care sector in defending their position in relation to unpaid training time prior to a worker being offered a contract of employment. This saved the client significant NMW arrears plus penalties.

In a second case, a clocking in issue arose when HMRC initially formed an opinion that call centre workers were required to arrive early to sign into the computer systems before the start of their shift. Working alongside our client we were able to provide evidence that convinced HMRC to reverse its decision. This resulted in no arrears and saved our client a potential liability of over £1 million.

To discuss these issues further, please get in touch with Jonathan Berger, or your Regional Employer solutions contact. 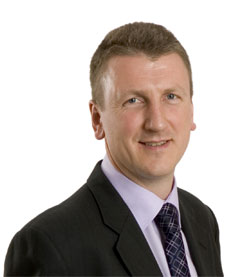 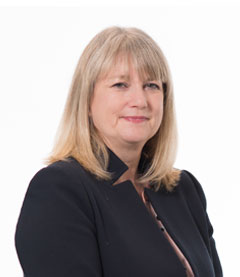 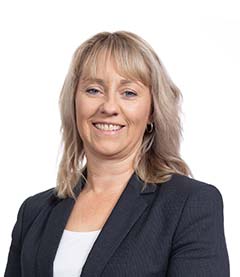 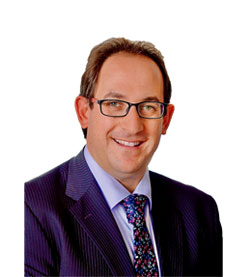