The Spring Statement 2022 announced the government’s plans to further reform the research and development (R&D) tax regime to ensure the UK’s R&D tax incentives are not only beneficial to claimant companies, but also deliver the best possible value for tax payers.

The government is also considering options to ensure the system is globally competitive while properly incentivising innovation. Based on ‘value for money’ from the OECD additionality metrics, this will include a review in the autumn to potentially increase the generosity of the RDEC to boost R&D investment in the UK, whilst considering reform of the SME scheme and how to tackle scheme abuse.

It's just over 12 months until the government’s proposed changes to the R&D tax regime are scheduled to come into effect. Lindsey Copland explains how you can prepare for it.

The changes follow the government’s consultation to better understand the impact of the R&D regime on UK companies. Draft legislation is expected in summer 2022, with the changes taking effect from April 2023, with the rules to be confirmed for straddling accounting periods.

You can get ahead by considering these four key issues in the development of your plans.

The government previously announced that it is focusing its funding on UK-based R&D and is proposing rule changes around the eligibility of overseas R&D activities. However, it was confirmed in the Spring Statement that the government recognises there are some cases where it is necessary for R&D to take place overseas. As such, expenditure on overseas R&D activities can still potentially qualify where there are material factors such as geography, environment, population or other conditions that are not present in the UK and are required for the research, or where there are regulatory or other legal requirements that activities must take place outside of the UK, for example, clinical trials.

To stay compliant, you need to review the data you have available and assess the potential impact of the proposed changes. You may want to use these next 12 months to introduce and test methods within existing data systems to tag costs relating to overseas activities or external workers not subject to UK payroll taxes. You should consider capturing both directly engaged overseas activity, and that which involves third party suppliers. This will enable preparation for all potential scenarios: from it becoming completely ineligible to having to apply for permission to include it.

The government has previously proposed the expansion of the qualifying expenditure categories to include certain cloud computing costs. The Spring Statement has however announced that all cloud costs associated with R&D will be eligible for relief, to now also include costs related to the storage of vital data. This is a great opportunity to include elements of these costs in future claims.

As with current eligible cost categories, HMRC will expect a reasonable apportionment approach. You may want to model ways of tracking which costs are in relation to the R&D effort versus business as usual activities. HMRC has not provided a specific apportionment methodology, but there are a few options available: for example individual user basis or space basis. In addition, license payments for datasets will only be eligible if the datasets cannot be resold or have a ‘lasting benefit’ to the business, so you need to be cognizant of the intention of use at the outset.

The government has announced that to support the growing volume of R&D underpinned by mathematical advances, the definition of R&D for tax incentives will be expanded by clarifying that pure mathematics is a qualifying cost. These changes will support a number of sectors such as Artificial Intelligence, quantum computing and robotics.

Over the next 12 months, you may wish to start tracking and tracing any pure mathematics costs and separating out those that relate to qualifying R&D, such that these can be assessed for inclusion in future claims.

To allow HMRC to track the efficacy of the regime and assess whether it remains fit for purpose, we anticipate an increase in the requirements for substantiation. This will be both in relation to the quantification of the claim, the credit claimed, how it has been calculated, which activities have been included and, to some extent, excluded. Potential changes could bring the UK in line with other jurisdictions which have a more prescriptive method of reporting claim information to the tax authorities. Beyond the claim preparer, HMRC may also require reporting on the split between core R&D activities and qualifying indirect activities, project lifespans, associated capital investment and patents.

Effectively leveraging existing data within your organisation is a great way to ensure that you are ready for any change in substantiation requirements. Having an end-to-end project milestone and gating process will help collect and collate information which can form part of the substantiation for an R&D tax claim. Automation tools will be key to ensuring better compliance and robustness with any subsequent claims filed.

You have 12 months before April 2023 to prepare for the proposed changes. Our involvement in the consultation has given us some good insight into the changing landscape of the regime.

Part of our own preparation for the regime changes has been to develop and build an automated claims platform. We're already using it to help businesses get ready for the changes. The platform facilitates enhanced data capture to improve claimant compliance and substantiation, and to help glean insights and trends into current and future claims – driving investment decisions.

Contact us if you would like to better understand the changes, and how you can ensure you're ready for them.

Using our extensive experience working on claims and our understanding of the issues and concerns of our clients, we’ve created a streamlined, automated data collection tool for tax claims.

For any support on your R&D claim contact our experts: 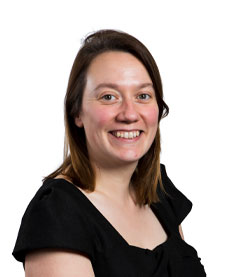 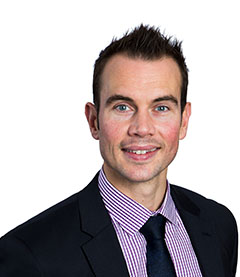 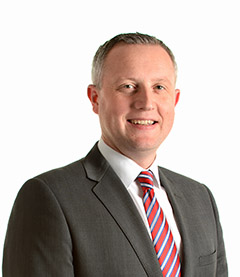