We are delighted to have advised Supermassive Games on their investment from Nordisk Games.

Founded in 2008, Supermassive Games Limited (“SMG”) is a BAFTA-winning independent video games developer who have released a number of successful titles including Until Dawn and more recently, The Dark Pictures Anthology.

The company has traditionally been a third-party developer for a number of large video game publishers but over recent years has transitioned to have a balance between work-for-hire and developing its’ own-IP games. In 2019, the business released its first own-IP title, Man of Medan and in 2020 it released the next in the Anthology.

Our team were asked to assist the company with their goal of finding a strategic investor to help facilitate the development of further own-IP titles whilst continuing to undertake work for publishers.

We were able to provide a fully-integrated service offering and a collaborative approach to bringing the transaction to a successful conclusion; the team worked seamlessly across corporate finance and tax advisory.

The transaction team helped ensure that a swift timetable could be delivered through thorough preparation of the company’s management information ahead of a due diligence process, minimising the time required by management and limiting the impact on the business itself.

Grant Thornton provided invaluable support to the transaction. Technically they were able to support the more complex areas, and in particular Will Rose was able to represent our business potential in challenging market dynamics. 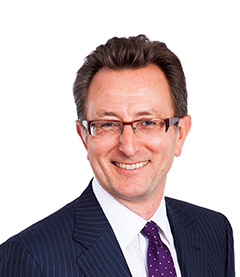