We are delighted to have advised National Education Group on their refinancing.

Using our experience of the debt market we tailored a list of lenders specific to the transaction which included high street banks, challenger banks and direct lending funds.

Following on from the sale process, in November we reengaged with the interested lenders and we provided a report to Synova of the indicative terms.

We also engaged our modelling team to provide financing overlays to the banking case model created by Synova, which allowed lenders to input their terms into a consistent model structure.

After returning to negotiate terms in January, we delivered value by recommending a positive approach to negotiating commercial terms. In several areas this led to a very well improved outcome on the initially proposed terms, including securing better pricing, more flexibility and covenant headroom.

The deal was ultimately funded by Investec.

The Grant Thornton team used their market knowledge and experience to secure a successful outcome for NEG in a short timeframe and ensured minimal distraction for the management team so they could continue to focus on growing the business. 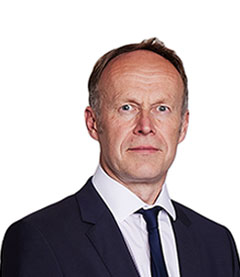