We are delighted to have advised Alpha Financial Markets Consulting plc on their IPO.

The Company’s AIM flotation comes less than two years after private equity firm Dunedin acquired the business and backed the management team. Alpha’s strong revenue and EBITDA growth (CAGR of 37% and 47% over the last six years, respectively), and market reputation allowed a credible equity story to be developed.

We acted as independent Nominated Adviser to Alpha on its AIM Admission, in which £125.4 million was successfully raised and was also several times oversubscribed. £35.2 million was raised to repay the Group’s existing debt facilities and £89.6 million was raised to exit Dunedin in full. Alpha was admitted to trading on AIM in a deal that valued the Company at approximately £163 million on 11 October 2017 under the ticker AFM.

We supported Alpha throughout the transaction providing independent advice to the company and its directors and working efficiently with Alpha’s extensive team of advisers.

“We appointed Grant Thornton due to their vast experience on the London market and were delighted by the way they were able to brief us on important matters and steer us through the process. They were proactive and hands on, working collaboratively with us and our other advisers throughout the transaction and we look forward to working together as we grow as a public company.” 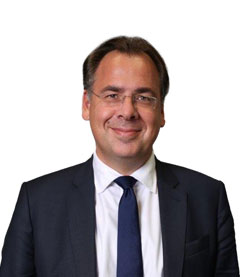