There are opportunities in the current circumstances. We're here to help you navigate these choppy waters.

Subscribe to receive the latest retail insights, events and guidance

Retail is reopening. Customers are coming back, and buying, on the shop floor. As the situation evolves, so do retailers' questions: what will the sector look like in a post-COVID-world? Will sales be online or in-store? Will supply lines be global or local?

As we move forward, other changes also demand our attention. The EU's One Stop Shop for ecommerce may make distance selling easier, but the new rules will require a lot of preparation.

We answer your questions about all of these changes, concerns and opportunities.

From April 2020 online trading was, unsurprisingly, very strong. This acceleration of online activity encouraged many retailers to contemplate a transaction over the summer, which commenced in September. Many of these deals were concluded in the first quarter of 2021.

One impetus for this activity was sellers' keenness to complete before 3 March, when it was believed that the Chancellor would announce an anticipated change to capital gains tax in the 2021 Budget. As it happened this change was not included, although it still might happen in the autumn Budget, or even next spring. Therefore, completing a deal before a potential rise in capital gains tax is still at the forefront of many owners’ minds.

Under our criteria, 15 deals were completed in the first quarter this year. Key transactions in this period are:

Advised by both our Corporate Finance Advisory and Financial Due Diligence teams, Bridges successfully completed its investment in Nkuku, the fast growing ethical home and lifestyle brand, in March 2021. Supported by Bridges, the team's ambition for Nkuku, founded in 2003 by Alistair and Alex Cooke, is not only to continue the rapid growth of the business across multiple channels, but also build a best-in-class ESG champion in the homewares sector.

Founded in 2005, Newcastle-based End Clothing partners with 500 designers and brands, employing 650 staff in the UK, and ships to 100 countries worldwide. In 2020, it generated revenues of £170m and earnings before interest, taxes, depreciation, and amortisation (EBITDA) of £33m. The deal with Carlyle Group was rumoured to be worth around £700m. Its founders, Christiaan Ashworth and John Parker, retain a significant minority stake, with a full exit for Index Ventures.

In a deal rumoured to be worth around £150m, Great Hill Partners have purchased a majority stake in notonthehighstreet.com. This created exits for several venture capital (VC) backers, including another exit this quarter for Index Ventures.

Private equity interest in the retail sector is definitely a strong feature of activity in Q1 2021.

Overseas expansion and the end of distress?

As detailed above, 15 deals were completed in Q1 2021, but only 7 of the acquirers were based in the UK. The majority are overseas buyers, mostly from the US. This amount of foreign investment is a significant increase on previous quarters, reflecting the confidence in the UK consumer market and continued ability to grow British brands internationally.

In Q1 we saw the completion of the final acquisitions of brands out of the high profile administration of Arcadia Group. Topshop and Miss Selfridge were bought by ASOS and Dorothy Perkins and Burton by Boohoo.com. It is hoped that this marks the end of distress acquisitions that have become more common recently, but only time will tell if it's the start of a more positive future for the sector.

The shift to online retail caused by lockdowns has been much more sudden than previous changes in customer behaviour. Opening up the high streets will see customers return to physical stores, but the length of lockdowns has definitely accelerated the return to online shopping, which feels like a more permanent change.

The new rules include replacing the existing VAT distance selling thresholds with a new EUR 10,000 threshold across the EU, and removal of the import VAT exemption for low value consignments of goods.

Compliance will be streamlined by One Stop Shops (OSS). There will be an OSS to report intra-community B2C distance sales of goods in the EU, and an Import One Stop Shop registration and return (IOSS) for declaring imported goods up to EUR 150 in value.

What do retailers need to do?

Any business selling goods to EU consumers will need to register under the IOSS in one member state or to appoint an intermediary established in the EU to act on its behalf.

As a general rule, businesses will likely need to calculate and charge VAT at the point of sale based on the customer’s location.

Businesses will also need to consider broader logistical and commercial impacts, including pricing, margins and customer-facing documentation, such as invoices, receipts, and terms and conditions.

Many retailers and e-tailers have been using a variety of different models to continue selling to European consumers post-Brexit. This may include relying on the customer to pay import taxes or arranging for a freight agent to physically pay the tax on their behalf. Unfortunately, these models may have adverse impacts on margins, including lost Import VAT on returns and additional logistical costs. It is hoped the new changes should make distance selling easier, particularly as VAT will be charged at the point of sale rather than being levied at the border, and pan-European VAT compliance may be streamlined to a single registration, return and payment system.

Businesses outside of the EU, including in the UK, as well as businesses within it will need to familiarise themselves with the new rules and understand the impact of them. With only a few months to go until July 2021, businesses need to start preparing for these changes now.

How will your business be impacted by the new EU VAT rules?

Online shopping reached unprecedented peaks during lockdown, but as this change in pattern happened so suddenly retailers focused on optimising the core elements of their e-commerce sites. They needed to ensure websites and mobile apps remained available, with easy navigation, full product catalogues and basic product detail pages, checkout or shopping basket functionality.  These basic features, even if not optimal, allowed customers to engage and buy what they needed, with consumers more likely to endure and forgive frustrating experiences. Now retailers need to think about what to do after lockdown, when customer expectation rise: how will they ensure that this conversion rate continues in the future?

It's all down to CX. Industry research shows that 38% of customers will return to a retailer they have purchased from in the past if it offers good customer service. Online CX is assessed differently from in-store experiences. There are things you can do to ensure that you continue reaping the rewards of this change in user-behaviour; because online shopping has increased so much in the last 12 months you can actually learn a lot from your current ecommerce solutions. More users, higher traffic levels and increased orders means more data.

Firstly, you need to pinpoint the data you really need to focus on: identify the CX that will have the biggest impact on your sales. Not all data you review will drive you towards your business goals, but the most important sets should provide a clear assessment of how you can optimise performance where it matters.

It's really just a few simple steps. Start your site review by assessing users’ needs and goals based on your data; determine the user journeys and experiences that will optimise success, and then drive your data analysis to test and evaluate your solution.

It's more than the main pages

Use methods like standard benchmarks and heuristic evaluations to assess site and delivery capabilities. The most critical elements of success are ultimately the features that a site provides its customers during the key stages of search and buying:

If you want to find out more about building the best online sales systems to deliver great experiences for your customers get in touch with us.

Supply has always challenged UK retailers. Longstanding and relentless pursuit of logistical efficiency has left little room for manoeuvre if there is even the slightest disruption to the chain. It was widely known that some sectors would experience post-Brexit difficulties, but it was impossible to prepare for the impact of COVID-19. As we look towards the future, however, there is definitely some scope for investing in recovery.

According to the International Monetary Fund (IMF), real global GDP fell by 3.3% in 2020. The unique form of this disruption (intermittent localised lockdowns around the world) means that the drop was also marked by extreme volatility.

Even in a situation like this, however, the specific impact on supply chains will vary between types of retailer and sales channels.

Many fashion retailers are sitting on mountains of unsold inventory and cancelled orders: a bottleneck of working capital that will have to be unwound before both retailers and suppliers can commit to future orders with confidence.

Some suppliers also face additional issues. For the UK food supply chain, post-Brexit trade barriers remain a formidable challenge. Increased bureaucracy, and uncertainty over how quickly perishable foodstuffs would be processed through customs led to shortages of items that had previously moved seamlessly across borders.

'Post-COVID' is not a definite date, but we can still make some predictions for what supply chains will look like in this world.

For both food and non-food retailers in the UK, the interdependence of global trade makes any rapid shift to local production hugely challenging. For example, the UK produces only around 23% of the fruit and vegetables sold in it. A move to home production seems attractive, but it does not look like a viable option in the near future: suitable land is not readily available, and post-Brexit caps on migrant labour are causing significant shortages in farm pickers.

In non-food sectors, competitive local production of goods, such as apparel, would require major capital expenditure to build the automated factories necessary to keep up with low cost economies. The financial and opportunity costs of this approach are not sustainable for most producers. The increased emphasis on Environmental, Social and Governance (ESG) is also leading a move away from the type of corner cutting that ultimately depends on poor practices, such as using suppliers that pay workers less than minimum wage.

This does not mean that there is no scope for diversifying supply chains.

What will supply chains look like in the future?

One South African company that I work with has, in the past 12 months, reversed its 60/40 import to home sourcing ratio: enabling shorter lead times, improved usage of local capacity and higher margins. This business has, in spite of the current circumstances, actually had a fantastic year, generating its highest ever revenues. This success depended on decisive action: management closed one of its four factories, discontinued one retail brand and amalgamated two others.

Restoring resilience into global supply chains will require investment, and ultimately it will be the consumer who has to pay for this.  Given how competitive the sector is, that may be challenging. So, it’s probable that, like with London’s 150 year old sewerage system, we will clear one blockage or patch up a leak, only to see another one occur further down the line.

If you would like to discuss any aspect of supply chain management in the retail sector get in touch with Senthil Alagar.

Get in touch with our retail experts: 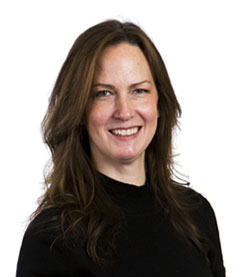 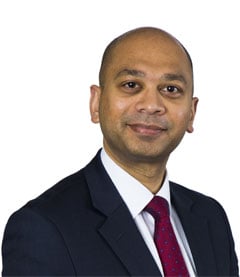 Get the latest insights, events and guidance about the retail industry, straight to your inbox.