We are delighted to have advised Duke Royalty Ltd on their readmission to AIM.

Duke Royalty Ltd has been an AIM quoted investing company since July 2012, initially focussed on making investments in natural resources companies. The company changed its investing strategy in 2015 to focus on making investments in royalty streams and, having disposed of all its natural resources assets in March 2016, the company set about trying to raise capital to pursue a pipeline of royalty opportunities. Royalty financing is a form of funding that has significant advantages compared to traditional debt and equity finance. Royalty financing has been used extensively in North American capital markets, but the market is significantly less developed in Europe, presenting a large opportunity for the company.

On 23rd March 2017, the company was readmitted to trading on AIM with a market capitalisation of £18.2 million under the ticker DUKE, having successfully raised £15 million to invest in a diversified portfolio of royalty finance and related opportunities in a range of sectors.

We acted as Duke Royalty’s nominated adviser and financial adviser throughout the fundraising and AIM readmission process. Working closely with us, the company successfully raised £15 million through a placing and subscription.

“We have a strong existing relationship with Grant Thornton having previously worked with the public company advisory team and they were the natural choice when we were looking for an adviser for this transaction. The Grant Thornton team provided essential support and quality independent advice throughout the process and by working seamlessly with the other advisers, helped us achieve our goal. We very much look forward to working with Grant Thornton in the next phase of our growth.” 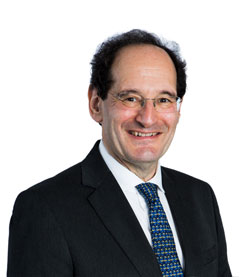