A Spring Statement of Intent

Our Head of Tax, Karen Campbell-Williams, outlines what this year's Spring Statement means for business

This year’s Spring Statement was set against an economic backdrop of increased uncertainty: the continued impact of COVID-19, geo-political tensions and ongoing supply chain pressures. The Chancellor opened with a warning that it’s too soon to know the full consequences of the war in Ukraine and the subsequent sanctions regime.

The balancing act of accommodating conflicting priorities was apparent, with the Chancellor emphasising the requirement to be responsible with public finances while also offering relief to those that need it.

The squeeze on living standards is being driven by soaring inflation, which is now forecast to peak at nearly 9% later this year. Inflation is also having a knock-on effect on the cost of servicing government borrowing, with the Office for Budget Responsibility (OBR) stating that debt interest payments could surpass £83 billion in 2022-23 (£16 billion higher than forecast in October, and four times higher than last year).

Despite the downward revision of growth forecasts, employment figures continue to improve, with unemployment falling steadily below its pre-pandemic rate to 3.9% in the three months before January 2022.

There was also additional headroom in public finances as higher than expected tax receipts, and lower departmental spend, more than offset increases in debt interest. This provided the Chancellor with additional funds to alleviate urgent challenges today and to provide further support for business in the future.

Some tax cuts have immediate effect, but there was promise that further help for both businesses and individuals is to come in the Autumn Budget later this year.

Measures to alleviate the rising cost of living

The 1% cut in the basic rate of income tax from 2024 was described as the final rabbit out of the…briefcase, but amid some scary numbers from the OBR, the Chancellor’s most challenging trick in this Spring Statement was trying to maintain consumer confidence.

The urgency of addressing the rising cost of living was clear from the opening announcement: a 5p per litre cut in fuel duty until March 2023. This will result in a saving of around £100 for a typical car driver, £200 for a van driver and £1,500 for a haulier.

While there was no U-turn on the Health and Social Care Levy, the National Insurance Contribution (NIC) threshold is set to increase by £2,690, bringing it into line with the personal allowance for income tax. You can now earn £12,570 without paying either NICs or income tax. This will mean that 70% of NIC payers will pay less NICs even after the introduction of the levy. The basic rate of income tax is also set to fall, though not immediately. The Chancellor signalled his intention to cut the rate from 20% to 19% by 2024.

It was interesting to hear the increase to NIC thresholds described as a ‘tax cut’ when the government has historically taken great pains to distinguish NIC from income tax.

The previously announced introduction of a targeted business rate exemption for eligible plant and machinery used in onsite renewable energy generation and storage, as well as a 100% relief for eligible low-carbon heat networks with their own rates bill, will be brought forward and will now take effect from April 2022.

The Chancellor announced that energy-saving devices, such as heat pumps and solar panels, will qualify for 0% VAT, and other options, including wind turbines, will now be in scope for the reduced rate.

While these changes are welcomed, most will not feel the impact as they are relatively narrow in focus.

So, what did the Chancellor reveal to his business audience? A promise of future support through his Tax Plan. The government considers that a new culture of enterprise is essential to drive growth through higher productivity. Businesses will have to wait for the Autumn Budget to find out the detail, but Sunak did say that the priority for government was encouraging “the private sector to train more, invest more, and innovate more". This includes cutting and reforming taxes to support these aims focused around capital, people and ideas.

Reform of the research and development expenditure credit (RDEC) was widely speculated on before the statement and it looks like the Treasury’s plans are in line with expectations. The government has listened to feedback from UK business and extended the scope of previous Budget announcements to now include all cloud-computing and data as eligible activities, and to allow some limited exceptions for overseas research and development. One unexpected change is the inclusion of pure maths as an eligible activity, which is significant for some sectors, including FinTech.

The Tax Plan will also encourage business investment in capital. The super-deduction introduced in March 2021 has already boosted capital investment and the Chancellor is considering new and extended reliefs for capital spend from April 2023 - when the super-deduction ends - to continue that momentum. The government is considering options ahead of the Autumn Budget and will be taking the views of businesses in deciding where to focus new or extended reliefs.

It's interesting to note the review of the Enterprise Management Incentive (EMI) scheme announced back in Budget 2020 has concluded that the scheme remains effective and well targeted, which is good news for many privately held businesses looking to attract the best talent.

In summary, the Chancellor intends to create a “lower tax economy” by investing in capital, people and ideas to boost growth and productivity. You might call what we heard today a Spring Statement of Intent.

From our Head of Tax, Karen Campbell-Williams 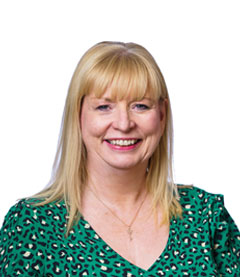 On May 24 join our panel of experts as we look at a range of issues to help you build a more resilient, sustainable, and report-ready supply chain.

Our Spring Statement 2022 reaction from Karen Campbell-Williams, Head of Tax. 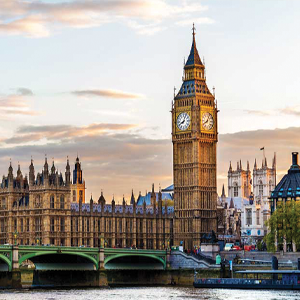 Our view on what's happening in the UK, with a focus on the business outlook. 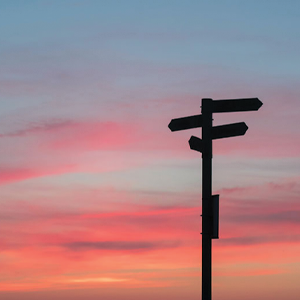 HMRC is proposing changes to the research and development tax regime in April 2023. 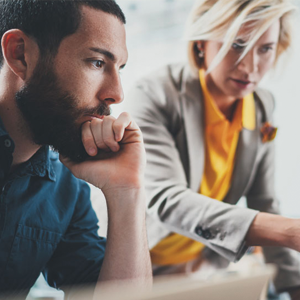