Carbon taxes are coming – are you ready?

A turbulent macroeconomic environment coupled with a sharp focus on achieving Net Zero is pushing governments towards new, broader, and higher carbon taxes. Dan Dickinson discusses the growing global appetite for these levies and what it means for businesses.

Governments around the world have a difficult balancing act to strike. On the one hand they've set carbon reduction and Net Zero targets, which require significant public and private investment, while on the other hand running significant public finance deficits exacerbated by the pandemic response.

Debates around the effectiveness of tinkering with fuel taxes and subsidies were raging before the changes in the geopolitical landscape put pressure on global energy markets. While short-term actions are being taken to ensure energy supply security, these events have also seemingly focused minds in UK government and society even more on the transition to Net Zero.

It doesn't take a great leap of imagination to suggest that governments will start, if not already, to accelerate their Net Zero transitions. One of the main levers they can pull is increased carbon taxes, both in scope and rates.

Politically it's much easier to levy such taxes on business rather than households, even if increased carbon taxes on businesses will also lead to increased prices for end consumers. In addition, as reporting frameworks around carbon emissions become more codified and standardised, for example through the Task Force on Climate Related Financial Disclosures (TCFD), it should become easier for governments to at least consider taxing a broader base of carbon emissions generated by a particular business and its customers or suppliers.

The recent 2022 UK Spring Statement cut fuel duty, providing more evidence that the focus of ostensibly ‘positive’ policy in this area is consumers (voters), rather than corporates. The revenue-raising measure (estimated at £1.5 billion per annum) was on corporates, being the removal of the so-called 'red diesel' exemption from certain businesses.

Carbon ‘taxes’ already exist in the UK through things like the climate change levy and the UK Emissions Trading Scheme. The UK government also recently consulted on introducing a more wide-ranging carbon emissions tax (which was rejected at that time). Other countries and trading blocs also have a significant number, and range, of similar regimes in place already.

The EU’s Carbon Border Adjustment Mechanism (CBAM) is a key development for carbon taxes. The CBAM will function as an EU border levy, aiming to counteract a perceived cost advantage with third countries due to different carbon tax or pricing systems.

Put simply, certain products coming from a country with a lower carbon price than the EU will have a new border tariff to pay. Even where they don't have a liability, the calculations and administration will have to be undertaken to prove that is the case, and there are only four countries exempted from this in the proposals. There will be a transitional period from 2023 to 2026, with calculations and data collection expected to start from 2023 and any levies due to start to be paid by 2026.

The product codes currently proposed to be included have already been set out, but there is scope for the EU to extend the coverage. There's some debate as to the extent of the rules applying to 'finished goods' coming into the EU containing the specified products. This development will at least add a significant administrative burden to many companies, as well as additional costs into already over-stretched supply chains.

The World Bank’s carbon pricing dashboard shows that there's a myriad of approaches across the world already. In Singapore you can download calculation spreadsheets from the National Environment Agency website to assess your business’ carbon tax liability, and in Canada the tax rate per tonne of emissions is increasing steadily year-on-year.

What could this mean for you?

In short, potentially unbudgeted increased costs, which becomes tricky at a time when you might also be trying to invest in your carbon transition. Even if your business is not in scope of a new or increasing tax, those costs will undoubtedly make their way into your base.

Financial institutions are increasingly seeing climate change risks as a financial risk, rather than reputational risk, for their portfolios, and carbon tax risk is a part of this equation. The Wyman organisation undertook some scenario modelling on this point and reached very significant global figures for debt defaults in their modelled carbon tax scenarios: “we estimate that as much as $1 trillion dollars could be at risk.”

It's of course worth remembering that the tax system can encourage change through incentives, and these types of regimes are also likely to pivot towards encouraging transition away from a reliance on carbon. Such incentives can be a 'pay for' in your carbon transition cost-benefit analyses, if accessed correctly.

How are businesses responding?

Carbon taxation is a hugely complex and constantly shifting area. The UK Government’s legal commitment to Net Zero ensures this pace of change is set to continue. Scenario planning and bespoke modelling is the only real way to give you, your lenders, your investors and wider stakeholders comfort that your current supply chain and global footprint will remain sustainable. This is irrespective of whether you'll be directly liable for a particular new or increased tax, or whether you will suffer from the passing on of increased costs by your suppliers.

If you're well along in carbon emissions mapping and forecasting for existing reporting or other reasons, then adding in some tax sensitivity proves to be straight-forward.

It's essential to fully understand the policy direction in the key jurisdictions in your supply chain (or your supplier’s supply chain) and agree what scenarios you would like to model to stress-test your sustainability.

We've supported a number of organisations in recent years in assessing this sustainability in the light of the well-known global supply issues post-pandemic, and adding in carbon emissions and carbon tax is a sensible add-on to such models.

Starting the journey to Net Zero

If you're at the start of the journey in calculating your carbon footprint, you'll need to carry out more upfront work.

We're increasingly seeing the reporting rules that apply to the larger multinationals pushed down supply chains, either formally or more often informally through these multinationals, focusing more on their scope 2 and scope 3 emissions measurement and reporting.

As you start to build the capability and data systems to collect this information, we would recommend you build in the ability to scenario plan around future carbon taxes.

Businesses should discuss carbon taxes with their suppliers to ensure that they have as full an understanding as possible of potential future cost increases (similar to pre-Brexit discussions for certain products).

You must understand whether your suppliers are likely (or not) to be compliant with their tax responsibilities. On this compliance point, the recently introduced UK plastics packaging tax (PPT) applies to non-UK importers of plastic packaging, but with a 'joint and several liability' provision that could apply to UK customers of those importers.

Another key issue that keeps coming up is carbon and carbon taxes in due diligence exercises in connection with transactions and financial models, and we expect to see that increase over the coming years

Consideration of the transfer pricing position as relates to carbon emissions and pricing/tax regimes is also a common concern. For example, should carbon be factored into transfer pricing models to more accurately reflect the true cost of production/ distribution within a group and align tax burden more closely to this true cost?

It's interesting that the recently released SEC climate reporting framework refers to internal carbon prices. Combined with the proliferation of carbon taxes this type of approach could fundamentally alter a group’s tax footprint.

All of this is not simply a ‘tax issue’. While the CBAM, for example, contains some complex maths, it's technically not a difficult tax – the tax is simply a levy applied to a number. The complexity is in arriving at that number - data is key. As such, our approach is to deploy a multi-disciplinary team to help you tackle these issues, as well as making the full use of our global network.

Our services
Environmental, social and governance (ESG) Embedding the positive potential of ESG into the future of your business
Our services

Find out how we can support you to manage risk
Article

What does the UK plastic packaging tax mean for you?

For more insight and guidance get in touch with our team 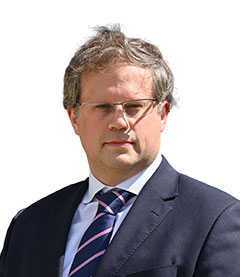 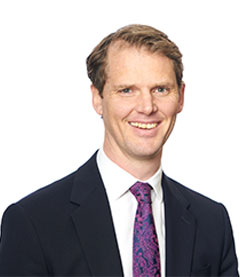 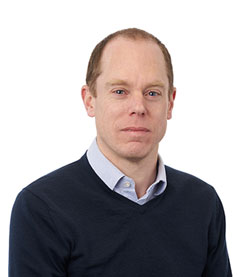 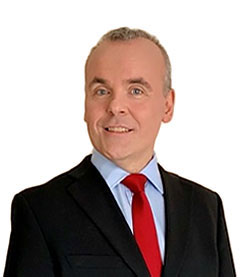 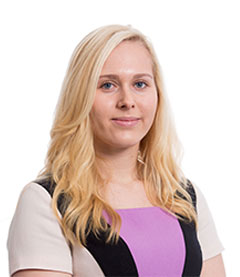