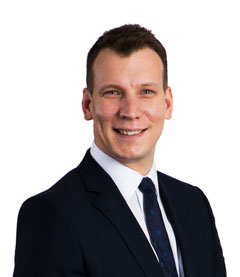 I am a partner in our forensic and investigation services practice, with a particular focus on aiding companies facing urgent, complex, cross-border issues including fraud, bribery and corruption, misconduct and asset recovery. I have extensive experience investigating high-profile public interest matters representing governments, public companies and private individuals throughout Europe, Africa, Asia and South America.

I am regularly named in Who’s Who Legal’s asset recovery, forensic accountants and consulting experts lists, where I am described by clients as “an eloquent and very innovative practitioner”, who is “extremely pragmatic and commercial in how he presents his advice” and “a great investigator who works extremely hard for his clients”.

A sample of my recent engagements include:

Away from the office, I am a keen sports fan and enthusiastic (if unskilled) golfer.