New research from leading business and financial adviser Grant Thornton UK LLP has found that councils’ expenditure on both adult and children’s social care continues to rise at an alarming rate.

Social care continues to be the number one drain on councils’ finances in England. In 2018/19, 47% of councils overspent on their adult social care (ASC) budget, a 7% increase compared to 2017/18.

Worryingly, this number almost doubles for children’s social care (CSC), which saw 82% of councils overspend against their budget in 2018/19. This number has risen almost consistently since 2014/15 (68% overspent).

“Our research highlights the continued increase in spend on social care, for both children and adults, which has put a growing strain on local government finances. Councils are reporting huge overspends, leaving many struggling to fulfil their statutory duties. Across the country, local authority services are under significant and increasing pressure. The number of high cost placements is at record levels; needs are more complex at the time of requesting a service, leaving monopolies of the care market rising at a worrying rate.”

However, 2016/17 proved to be a turning point with the introduction of the social care precept, with unit costs increasing in every subsequent year.* Nationally, there has been a 9% increase in unit costs for ASC since 2016.

The shift from decreasing to rising costs has been most prominent in the North West. In the three years before 2015/16 the regional unit cost decreased by 10.5%, in the three years since there has been an increase of 14.6%. 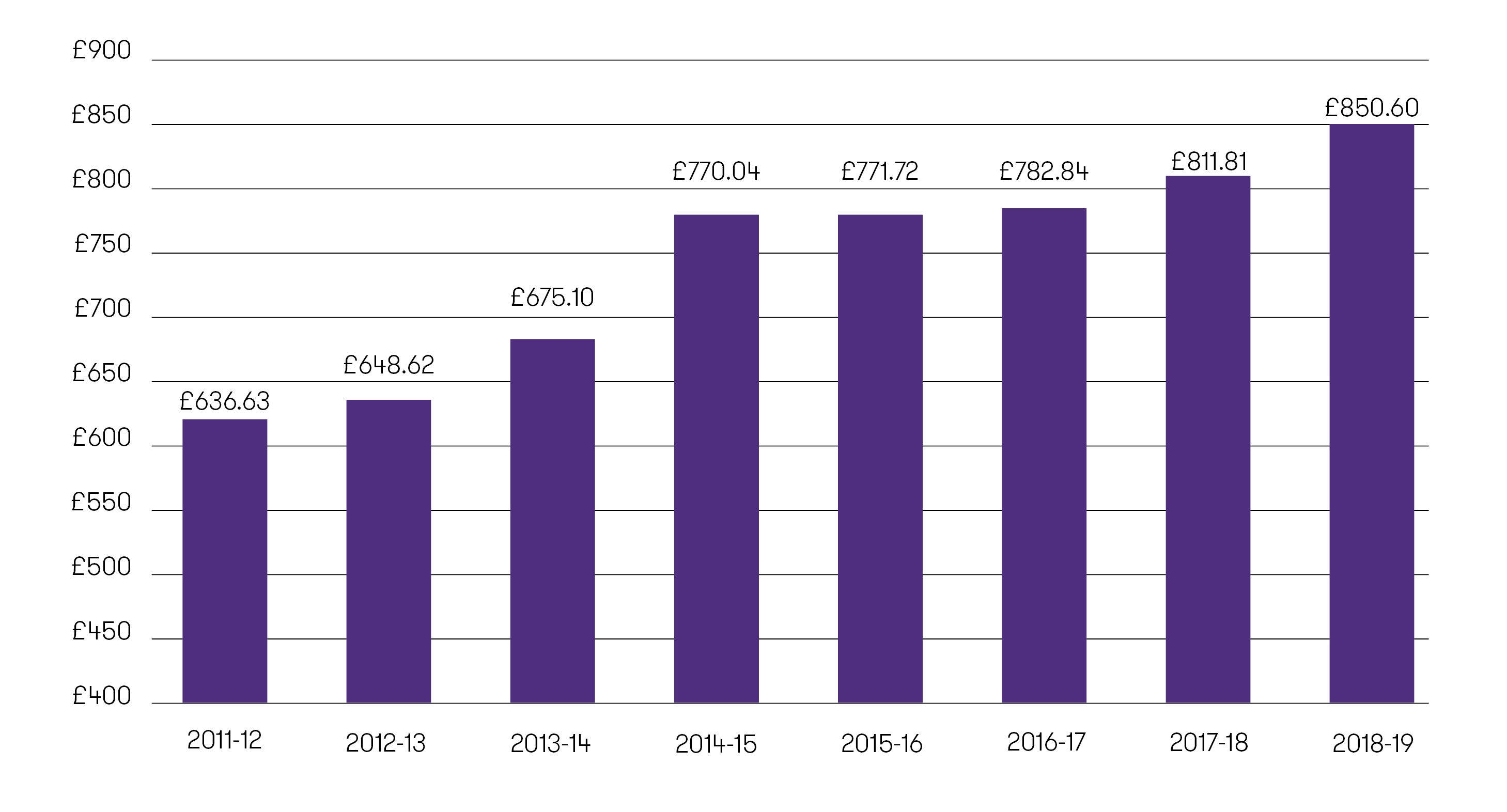 In 2018/19, the national average unit cost expenditure on CSC was £851 per head, marking the seventh successive year of increases.**

Since 2011/12, children’s social care spend has increased at almost double the rate of inflation, at 34% and 19% respectively.

Although expenditure has been rising year-on-year, similarly to adult social care, there has been an acceleration in unit cost increases since 2016/17, across every region in England.

The North East has seen the most significant increase, rising 13% since 2016/17 alone, followed by the North West, West Midlands and South West (+11%).

“Naturally, it is helpful for councils to look at comparative spend to discover how other regions and authorities are managing ever tighter budgets. Factors such as workforce availability, rurality, demographics and concentrations of provision by the market all have a bearing on how much councils have to spend per head. Unfortunately, these contextual factors don’t align well with the system of funding for local government, which is now increasingly dependent on an ability to raise local taxes. Very often this is why councils with a low tax base face much more social care pressure than others.

“Social care activity and cost is accelerating. Whilst ageing is a contributor, we see complexity – both for children and adults – being a bigger factor in current and future pressures. And where there is scarcity for complex provision, prices tend to rise. But continued increases in these spending patterns are unsustainable, and it is critical that funding for children’s social care is addressed in the upcoming Budget. The pressures facing the adult social care system are much better understood by government, reflected in significant additional funding, but the growing demand on children’s services now needs the same recognition. If the patterns of demand we have seen over the last five years continue on an upward trajectory, it will stretch many councils to breaking point.”