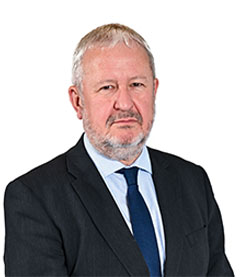 I have 30 years' experience as a forensic accountant specialising in investigating large and complex fraud, money laundering and corruption cases. I have given evidence in the Royal Court in Jersey, the Royal Court in Guernsey and in the Crown Court in England, as well as assisting with criminal investigations in the Isle of Man.

My cases feature in three separate financial action task force (FATF) money laundering typology reports, including the Reports on Money Laundering Using Trust and Corporate Service Providers, the Specific Risk Factors in Laundering the Proceeds of Corruption and the Concealment of Beneficial Ownership.

In addition, I regularly investigate complex trust structures. This includes assisting with potential asset recovery work, actions against professional advisors and a review of the trust and corporate service providers.

I have acted for a number of regulators and have been involved in regulatory investigations involving trust and corporate service providers, often involving detailed file reviews, either directly on behalf of the regulator or with clients who are the subject of such reviews.

I have acted on a number of high-profile, sensitive cases involving politically exposed persons, where their wealth is held in complex webs of trusts and associated companies.

Outside of work I am actively involved in the voluntary sectors where I provide both my time and accountancy skills to support the charitable objectives of a number of organisations.