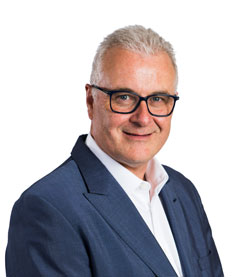 I am the practice leader of our insolvency practice. I have more than 30 years experience of contentious insolvency investigating fraud, misfeasance, professional negligence and asset tracing across multiple jurisdictions. My team specialises in the use of insolvency and court-appointed receiverships as a tool in the identification and construction of claims against directors, advisers and others.

I am routinely appointed by lawyers, government and other regulatory agencies, and significant creditors. I am appointed both in the UK and globally over structures that have suffered losses caused by corruption, fraud or malpractice, and have given evidence in court on numerous occasions as officeholder of companies, who are the victims of fraud. I have presented internationally on corruption and asset tracing, and have a number of articles published on these subjects. I am the president of the insolvency practitioners association (IPA), the leading regulator of insolvency activity in the UK.

I have also been instructed by governments to investigate corruption of the previous regimes and the tracing, recovery and repatriation of misappropriated assets.