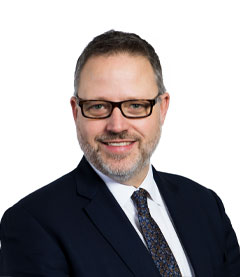 I am one of the UK’s leading experts on major transactions involving the NHS. This has ranged from property deals, new hospital construction and funding, bids to provide NHS care to mergers between NHS organisations. I regularly advise on transaction strategy, structuring and negotiation.

I have advised on public sector transactions for 20 years and on healthcare deals for more than 10 years. I love to advise on deals which make a difference to the NHS. I have advised on major capital projects which have helped to improve the profile and quality of NHS services, such as the new Papworth Hospital and the proton beam therapy projects in Manchester and London.

I have advised on mergers that have helped strengthen NHS organisations like the Chelsea and Westminster merger with West Middlesex. I have also helped the NHS and the private sector in doing commercial deals – entering and exiting joint ventures, contracts and procurements for NHS services.

When I'm not at work, I'm busy trying to walk all the signed walks in London and master the Hungarian language. Unlike my client work, I am not anticipating successful completion of either of these objectives.