Focusing on the Top 25 smaller companies in the UK’s software and ICT services sectors, the report is designed to talent spot future mid-market leaders among smaller, UK private and publicly-listed companies. The initiative assesses companies' performance using a derivative of Megabuyte’s proprietary Scorecard methodology, which uses seven growth KPIs to score companies' performance out of 100 relative to peers.

IMS Maxims, announced as Best Performing Company in the Megabuyte Emerging Stars awards, topped the ranking with a Megabuyte Scorecard rating of 97. As a provider of patient administration systems and electronic patient record systems to the UK and Irish healthcare markets, the company was recognised for its ability to differentiate itself and deliver organic revenue growth of 41%.

Ian Spence, Founder and CEO at Megabuyte, said: "It is no exaggeration to say that these companies are the future of the UK tech industry and as such we feel should not only be celebrated, but supported, enabling them to become the tech leaders of tomorrow."

Nick Watson, Partner, Tech Sector Leader, TMT at Grant Thornton UK LLP, said: “At Grant Thornton, we believe technology will play a critical role in shaping a vibrant economy. The Emerging Technology Stars showcased in this report are some of the best and brightest, highlighting their contribution to the UK’s economic growth and bolstering its role as an international leader now and into the future.”

Neil Bellamy, Head of TMT and Services at NatWest, added: “We’re delighted to be supporting this initiative, which is an incredible reflection of the diversity, innovation and expertise of the UK’s technology sector. NatWest is dedicated to supporting the industry, with teams based across the UK. I’d congratulate all of the businesses involved and look forward to seeing their next steps as they continue to grow and thrive.” 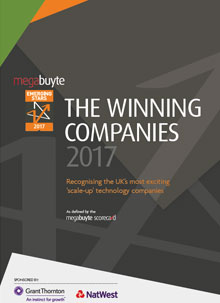