After a merger, regulators can sometimes require companies to sell part of the combined business to remedy competition concerns. Helen Trusler explains how to sell a business in these circumstances, including how to find a suitable purchaser.

The process of selling a business to satisfy competition regulators is very similar to a normal sale. However, regulatory oversight does raise additional considerations for both the buyer and seller.

Firstly, the regulator is likely to set strict time limits for agreeing the sale and completing the transaction. In addition, given that the purpose of selling a business in this case is to remedy the potential lessening of competition, the prospective purchaser needs to be able to restore competition in the markets of concern.

Accordingly, the competition regulators will set out criteria that the purchaser of the business must meet. Typically, they need to guarantee:

In some cases, the regulators will set out additional criteria. For example, requiring the purchaser to have a distribution network in particular markets.

In light of these dynamics, there are additional points to consider when selling a business to remedy competition concerns in order to smooth the regulatory oversight and approval process.

Deciding on the sales approach

You need to decide whether an auction or single preferred purchaser approach is most appropriate. In these circumstances, an auction approach might be preferable, because it provides the parties with the opportunity to maximise competitive tension and increase the sales price.

A single preferred purchaser approach carries an inherent risk that if the purchaser withdraws late in the process, there isn't enough time to find an alternative before the deadline. Similarly, there's a risk the purchaser may use this time limit to try pushing the sales price down close to the regulatory deadline.

Regulators may also have concerns that a single preferred purchaser may not fully meet all of the criteria, whereas an auction process would have provided greater opportunity to identify a purchaser that did meet the criteria.

It's important to set an achievable, but tight, timetable in order to ensure the sale can be completed before the regulator's deadline. You also need to make sufficient time available for prospective purchasers to complete their due diligence and negotiate contractual terms.

Milestones can easily slip during the sales process. Therefore, it's prudent to include a contingency period within the overall timetable, to ensure that the transaction remains on schedule. Under certain circumstances, however, there is potential to extend the divestment period with the regulator's approval.

Informing purchasers about the regulatory oversight

It's important to ensure that prospective purchasers understand the specific requirements of a sale subject to regulatory oversight from the outset. This includes the speed of execution and the purchaser suitability criteria required for regulatory approval.

It's also important to manage their expectations regarding the provision of information, such as detailed business plans to both regulators and monitoring trustees.

In our experience, it's best to make these requirements clear to the prospective purchasers in the process letters, so that they are aware of the involvement of the regulator and the monitoring trustees at the outset.

Understanding what makes for a suitable purchaser at the outset is important for identifying possible risks at the earliest stage. For example, while a profitable business generating positive cashflows can receive a lot of interest, finding a purchaser for a business which is loss-making, or in a declining market, or which has minimal revenues or market share may be much more difficult.

Similarly, the sale of a separate legal entity that has no, or minimal, support from the wider group is often straightforward. However, when selling a business that's heavily integrated with the remainder of the combined business, such as separate brands or divisions, the practicalities of separating the divestment business might be more complex.

These issues may limit the pool of suitable purchasers to such an extent that early assessment may be needed prior to either entering the auction process or shortlisting participants following receipt of indicative offers. For example, the early assessment may identify that strategic, rather than financial buyers, are likely to be required.

We've seen fewer cases where financial buyers were ultimately approved by regulators, and these were instances where the buyers were still able to demonstrate that they met the purchase criteria, through their overall portfolio, or where the divestment business had a management team with a proven track record.

Getting regulatory approval of the purchaser

Once the parties have identified a purchaser for the sale, the competition regulators will need to approve them. Some regulators, such as the Competition and Markets Authority (CMA), will typically conduct their assessment of the purchaser's suitability and of the sales terms prior to the signing of a sales agreement.

However, other regulators, such as the European Commission (EC), will not give a formal view on the purchaser's suitability until after a sales agreement has been signed. In these circumstances, there's an inherent risk that the parties could enter into an agreement with a purchaser not deemed suitable by the regulator.

In this regard, it can be helpful to engage with bidders as soon as possible during the process, in order to make early assessments of their suitability. This can aid decisions on which purchasers should move to the later stages of the sales process, with more detailed assessments being conducted closer to receipt of binding offers.

Engagement with the regulators could also be explored, to get an informal steer as to whether any of the prospective purchasers are likely to raise concerns.

Typically, when selling a business to increase competition, the regulator will set out specific requirements for what is to be sold and any additional obligations of the parties post-sale. It's often the case that transaction documents are drawn up weeks or months after the parties have agreed the divestment package with the regulator and certain nuances may have been overlooked in the negotiation process.

The regulators use divestment remedies because they offer a complete solution in a short timeframe. For this reason, the regulators can be reluctant to agree to transaction structures containing any elements which might continue the link between the parties and the business being sold, such as earn-out provisions.

It can often be the case that ancillary agreements to the sale, such as transitional services agreements, are negotiated in the period between signing and closing. As such, consideration should also be given to how sufficient transparency can be provided to the regulator during the purchaser approval process. This might include providing head of terms, and a recognition that final terms may be subject to regulator approval. 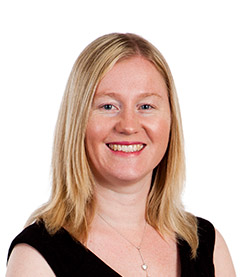