An interesting and positive judgment for all competition damages claimants was made by the Competition Appeal Tribunal (CAT) last week in relation to the Truck Cartel, explains Nick Wood.

The judgment confirmed that the European Commission (EC) decision can be relied on and used in full to support a claimant’s case and stops cartelists from cherry-picking parts they say can or can’t be used.

The decision confirmed the following:

Clear demonstration of the progress being made by existing claimant groups

In addition, the CAT did not look favourably on the defendants taking advantage of the reduction in the fine by making admissions initially, but then denying the information provided in the admissions further down the line in order to reduce damages claims made against it by those who had suffered as a result of the cartel, especially given the defendants would have been in a position to receive legal advice on the consequences of making the admissions.

This is a clear demonstration of the progress being made by existing claimant groups and is forging a strong path for potential claimants to follow.

We would be happy to speak to any business to explore their potential claim in the trucks cartel, with our group being led by Constantine Cannon, supported by Philip Moser QC of Monckton Chambers and London Economics. Any business that used trucks (purchased, leased or third-party outsourced) between 1997 and 2011, purchased either from the cartelists or not, may have a claim. The claim is being funded by Vannin Capital, meaning claimants don’t pay the ongoing costs - these are deducted from recoveries and only paid if we are successful.

We are also happy to explore other confirmed cartels, such as interchange fee, capacitors and canned vegetables, together with the potential cartels being investigated, such as metal packaging.

Our services
Insolvency and global asset recovery Find out more 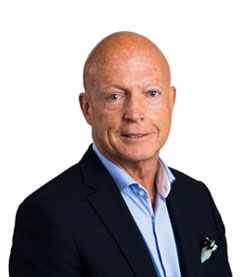