The opportunities for local authorities to make savings on long-term services within adult social care could have a positive impact on their overall spending performance.

Adult social care currently accounts for an average of 4640% of a council’s budget. The majority of this spend (96.2%) is on long-term services - those that last more than six months.

By reducing the need for costly longer-term care, a shift to relying on short-term care and other innovative approaches could reduce councils’ spend significantly.

Local authorities across England saw an average increase of 0.39% in the proportion of spend on long-term services between 2015/16 and 2017/18. Due to the increasing demand on services, this is perhaps to be expected. 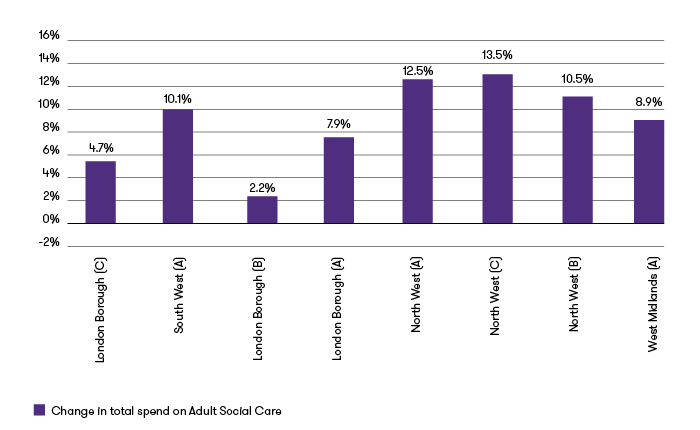 We found that those local authorities that spent the most on long-term care also had the highest increase in spend on adult social care as a whole, with an average increase of 8.76%.

Of the councils with the lowest proportional long-term services spend, there was only one authority with a significant increase in their total spend over the last three years. Except for that outlier, the authorities that relied on the increased provision of short-term services benefited from less spending overall, with an average increase of just 1.24%. 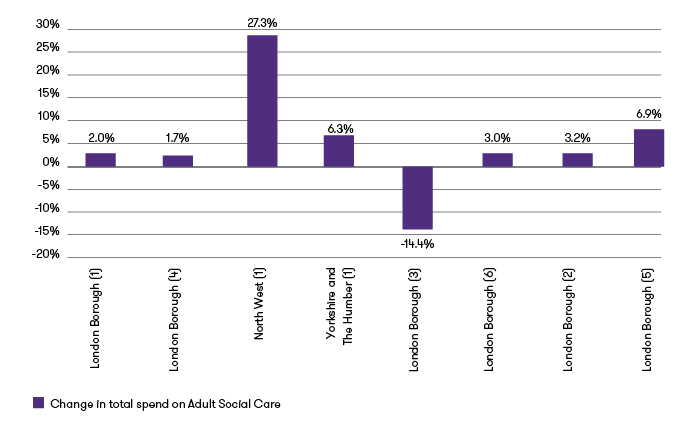 Despite some good performance for those with increased long term spend, this shows that the majority of council’s who have shifted more of their spending towards short-term services are characterised by a lower increase in their total spend and less likely to overspend their budgets.