Against a backdrop of rising prices and the deepest recession on record, the Chancellor of the Exchequer, Rishi Sunak, delivered his Autumn Budget and Spending Review to Parliament on Wednesday 27 October 2021.

The message was broadly upbeat with the Chancellor reporting that the UK’s public finances are now stronger than expected compared to the forecast presented by the Office for Budget Responsibility in March. In addition, the COVID-19 pandemic is now anticipated to have a smaller long-term effect on the UK economy and public finances than expected.

While the broad picture is better than expected, the Chancellor commented that the Budget is not intended to draw a line under the pandemic, but rather is intended to begin the work of preparing the UK for a new economy post coronavirus which is “fit for a new age of optimism”.

Turning to those taxes impacting the real estate sector, the Budget was relatively light touch with only a few notable and important announcements including confirmation that tax rate for the new Residential Property Developer Tax (RPDT) will be set at 4%, updates to the current business rate regime and a much-welcomed announcement to extend the current rate of Annual Investment Allowance until March 2023.

While no new announcements on the Asset Holding Company regime or the UK funds regime were made, the government did announce a new consultation on ‘corporate re-domiciliation’. It is clear that the government is keen to make the UK an attractive location for businesses and is looking to facilitate the process for moving corporate domicile to the UK.

Following recent changes to bring non-residents within the scope of corporation tax for rental income, and comments made in the Asset Holding Company and funds review consultations, this latest iteration follows the broad direction of travel to encourage offshore structures to come back onshore.

Turning to the housing sector, there are likely to be varied reactions. Jessica Patel, partner in the real estate tax team, commented that whilst the announcement of funds of £24 billion earmarked to invigorate the housing sector will be welcomed on one hand, this will be coupled with a potential slowdown in the rate of new builds on the other as developers work out how the new RPDT rate of 4% will impact the sector. It remains to be seen whether the unlocking of complex brownfield sites will happen quickly enough to enable a faster shift in the delivery of housing supply.

Following the recent consultation on the new RPDT, and the previously released draft legislation, the government has now announced that the new tax will be subject to a rate of 4%. This news will be welcome for some developers with the rate sitting at the lower end of the expected range.

For administration purposes, the RDPT will be an extension of corporation tax and therefore expected to follow the same principles of corporation tax such as payment dates and tax return filing obligations. The government acknowledged that the corporation tax quarterly payment regime may result in RPDT payments falling due before the legislation is finalised. As such, and to mitigate the impact, the first RPDT payment is expected to fall due in the first quarterly instalment payment after commencement of the tax on 1 April 2022.

If you anticipate that RPDT could apply to your business there are also a number of exemptions which could apply, for example for student accommodation, affordable housing, hotels and certain care homes.

Highlights coming out of the review are as follows:

Businesses will welcome the 50% reduction in relief within the hospitality and leisure sector. Furthermore, the three yearly revaluation should better reflect the true value of premises. Whilst the Budget was fairly light on ESG, we welcome the relief for green measures within the business rates system.

To further support expenditure on capital assets, the government announced an extension of the temporary £1 million level of the Annual Investment Allowance to March 2023 which will provide more upfront support to help businesses across the UK to invest and grow.

Unfortunately, no announcements for the regime for super deduction of 130% for qualifying expenditure to be extended were announced. These therefore are expected to be phased out as planned in March 2023.

In the Spring Budget 2021, the government announced that eight new Freeports would begin operating from late 2021 to regenerate those areas that need it most. These zones would contain areas where business would benefit from more generous tax reliefs, customs benefits and wider government support.

The government has confirmed that the first freeport tax sites will be in Humber, Teeside and Thames and that these Freeports will begin initial operations from November this year.

Our Public Sector Advisory team will be hosting a webinar on how freeports can boost international trade and deliver on the government's levelling up agenda. Register here: Can freeports deliver on helping us to level up? | Grant Thornton UK LLP

Autumn Budget 2021: what it means for you

Use our experts' commentary to help you plan your approach

If you need further information on the above or would like to discuss any of the issues highlighted, please get in touch with your local contact: 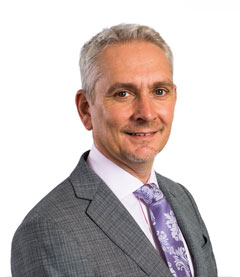 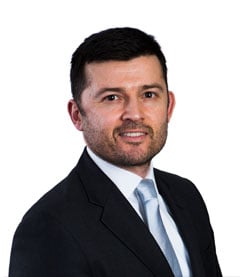