Recent events have changed the face of financial services regulation, but the future is still following the same charted course. We look at the 10 themes that regulators are focusing on.

At the start of 2020, there was a clear consensus around the direction of future regulation. The period of reform triggered by the financial crisis was coming to an end and a new agenda, focused on operational resilience, climate change, digitisation and competition was taking shape. Post-Brexit, the UK would move towards becoming a low-regulation financial centre.

The events of this year have reshaped this landscape, forcing us to think differently about our society and economy. This does not mean that previous assumptions about regulation are redundant, or that long term-trends have suddenly ceased to apply. But they need to be re-assessed, with the crisis accelerating some while slowing or even stopping others.

Of the previous agenda, digitisation will accelerate and competition will take a back seat, while future regulation around operational resilience and climate change will have been deepened and broadened in scope. COVID-19 seems to be ushering in a period of activist regulation, rendering more distant the prospect of the UK becoming a low-regulation centre.

Below are the key themes UK regulation will focus on over the next five years. Many of these are interdependent and overlapping, and perhaps the biggest challenge for the regulators, and by extension firms, will be understanding these links and balancing their efforts accordingly.

Although coronavirus has already forced the postponement of many planned regulatory initiatives, with almost certainly more to come, the remaining planks of the reform agenda that emerged in response to the financial crisis seem certain to remain a priority.

The UK authorities have repeatedly re-iterated that LIBOR replacement will go ahead as planned at the end of 2021 and, internationally, Basel IV and the fundamental review of the trading book (FRTB) seem likewise certain to proceed.

However, there will be debates as to whether these reforms should be amended to reflect the impact of the crisis, and over the right balance between global and national standard-setters.

2 Defining the role of regulation after Brexit

The Brexit transition period ends in December and it remains unclear whether the UK will agree a deal before then.

Arguably as important in the long term will be defining the respective roles of parliament, Her Majesty's Treasury (HMT) and regulators in the post-Brexit world and HMT have started to consult on this.

This will kickstart the public debate around whether the UK should be at the front of setting global regulatory standards or become a low-regulation offshore centre; “Singapore-on-Thames”, as it is often dubbed.

This will play out over the coming years and will assume different forms depending on sector and issue. Last year, Andrew Bailey and Sam Woods made co-ordinated speeches arguing that regulators should retain a high level of discretion overrule-making, so we know where the Bank of England and Prudential Regulation Authority (PRA) stands on this.

However, the Financial Conduct Authority (FCA) under Nikhil Rathi is an unknown quantity and the issue could drive a wedge between the UK regulators.

3 Further blurring the line between the PRA and FCA

The fight against coronavirus is stressing the UK’s 'twin peaks' regulatory framework in unanticipated ways, and highlighting that major financial crises are nearly always both prudential and conduct-based. This has required regulators to work more closely together than originally intended and has also forced the FCA to focus for the first time on its supposedly unimportant prudential role.

In the future, the PRA and FCA will continue to work more in tandem, and there should be an enhanced role for the Financial Policy Committee (FPC) as the strategic body in charge during emergencies.

The debate over whether they should be designated as Global Systemically Important Financial Institutions (G-SIFIs) will also revive.

Coronavirus is increasing the number of vulnerable consumers and also, for some, the depth of their vulnerability. The picture is further complicated by the FCA’s temporary regulations, providing mortgage holidays and freezes on consumer credit payments, and influencing the behaviour of both firms and customers.

Looking to the future, the FCA will need to review and re-assess its regulations around vulnerability to reflect an economy in which, to give one example, long-term unemployment may be far more common than for over 30 years.

There will also be an extended and painful post-mortem on how firms treated vulnerable consumers through the crisis that will soak up considerable regulatory and firm resources, including senior management bandwidth.

As the volume of consumer data that is collected and stored continues to increase, regulators will focus more on what information regulated firms hold, how it is held, and how they use it.

Unregulated firms and firms regulated as e-money or payment services providers, rather than under the Financial Services and Markets Act 2000, are likely to play a larger role in this landscape. Regulators will seek new ways, to ensure consumers’ data is properly protected and is not misused, including how to exert influence beyond the conventional regulatory perimeter.

With regulators also focusing more on outsourcing, operational resilience and cyber, the effective entry hurdle for authorisation will become higher.

Restrictions to combat coronavirus will accelerate digitisation across the industry, and regulators will need to work hard to assess the risks and trade-offs involved, and to ensure these are effectively mitigated and managed.

Understanding the issues raised, for example, by the interface between machine and human decision making and their impact on customers and markets will stretch regulators in new ways. This will drive fundamental changes in the way they work and how customers interact with regulated firms.

Controlling the risks of what might be an extremely rapid pace of change is an early challenge regulators will want to get ahead of, assessing the continuing effectiveness of firms’ systems and control functions in relation to business models and workforces that will alter radically.

7 Regulators re-engineering their own operating models

Regulators’ operating models are overdue for fundamental revue; the core of the FCA’s is little different from the original FSA model of the early 2000s, while the PRA’s model is a semi-deliberate return to the Bank of England supervision approach of the late 1990s. Both work adequately at the moment, but neither is designed with the challenges of the 2020s in mind.

The realities of recent events have brought the shape of these challenges into sharper relief and, as a minimum, it is clear that regulators will need to become more digitally enabled and proficient, but also less siloed and hierarchical. They will also need to become more effective at identifying and, more importantly, solving, future and long-term problems.

Many of these problems will stretch beyond the regulatory perimeter, a reality regulators now acknowledge, but which their operating models are not geared to tackle.

9 The intermediation role of compliance functions

The role of compliance has grown and evolved significantly since the financial crisis of 2007/09, however 2020 has called some of this into question and will also accelerate the speed of change.

In particular, the much-higher proportions of staff working from home, the impact of digitisation, and the greater focus on supply and value chains, will drive regulators towards wanting almost real-time access to first-line data and decisions.

This will place the current intermediation role of compliance under considerable pressure, severely compressing or collapsing altogether the time available to review, clean up, and generally manage the firm’s compliance and its communication with regulators.

The current crisis will intensify and extend regulators’ already-emerging focus on external threats, such as climate change and cyber security.

While the regulatory regime has generally responded well to the demands of the coronavirus situation , the crisis has far from run its course and has already highlighted areas that existing and proposed regulations do not cover adequately, or where regulatory thinking needs to develop further.

Likely developments include the broadening and potential deepening of the proposed regime around operational resilience, with the explicit inclusion of provision for future pandemics and long-lasting “events”.

There also needs to be further thinking on climate change to better capture the increasing probability of climate-related events that are high impact for financial services and the economy more broadly. These might include the steepening frequency of extreme climate phenomena, and the indirect effects of droughts, food shortages and geo-political conflict and instability.

One of the major consequences of coronavirus across all sectors will be an increase in M&A activity as the industry continues to consolidate, while also seeking to diversify revenue and risk.

Unfortunately, UK regulation has never settled on a consistently effective approach to the supervision of financial services (FS) groups; including both those that are wholly or mostly FS, and others that are predominantly non-FS but contain an FS element.

Both the UK’s current twin peaks framework and the FCA’s preference for a predominantly sector-based approach are unsuited to dealing with this. We should therefore expect a fresh regulatory approach to group supervision - one that includes a rebalancing towards consolidated supervision and a more-comprehensive consideration of the risks posed by non-FS firms.

Technical
Your guide to this week in regulation Find out more

For help in dealing with the future of financial services regulation, get in touch with one of our experts: 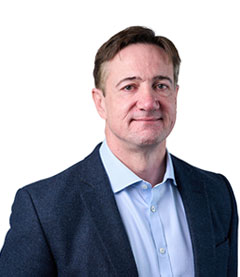 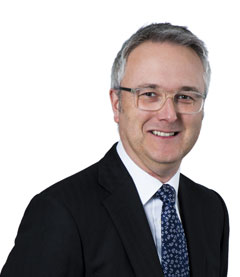