Businesses in Scotland could miss out on £4.3 billion1 of untapped growth in 2018.

Our research, Planning for growth, found that in 2018 businesses could leave £72.5 billion untapped potential on the table in the UK. This is the equivalent to creating a new economy the size of Greater Manchester. Or put another way, this level of growth could translate into 1.4 million jobs. In Scotland, this figure breaks down to £4.3 billion measured as GVA.

The research also unveiled a sustainable high-growth group of businesses that nationally achieved 20% or more in growth in 2017 – and sustained growth for the past three years2. These Growth Generators are almost five times more likely to be achieving their one-to-two-year growth targets than the rest of the market. They are nearly 10 times more likely to reach their targets than low-to-no growth companies. On top of this financial performance, Growth Generators share a growth mindset based on four key characteristics: 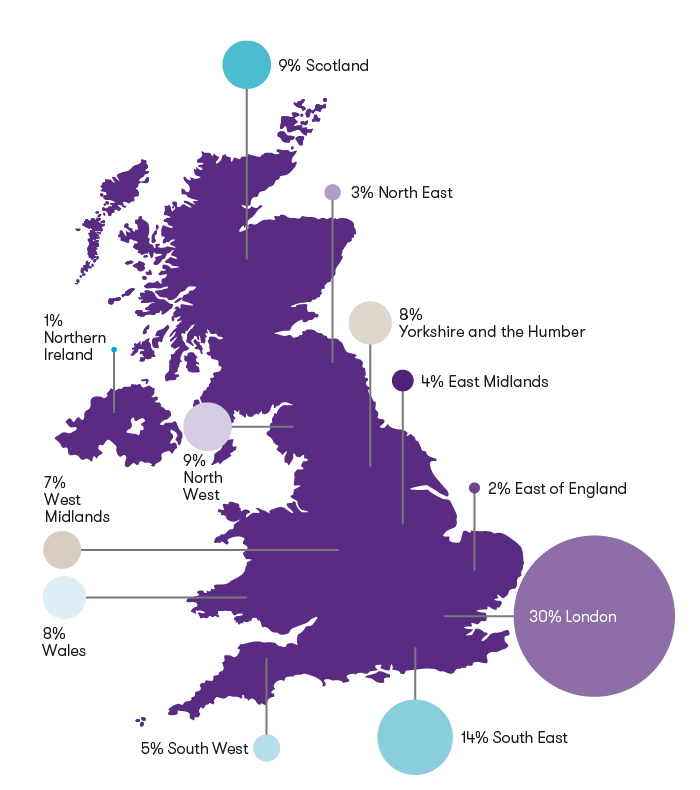 The growth picture for Scotland

Scotland created more than £134 billion in GVA in 20163. This made Scotland the fifth highest of the 12 UK regions. A GVA per head of population figure of £24,876 puts Scotland third in the UK, behind London and the South East.

GVA is consistently growing north of the border, and our data shows there is still a lot of untapped growth potential. Scotland could generate an extra £4.3 billion in GVA by addressing the barriers to growth.

Scotland has faced significant economic and political uncertainty in recent years from the Scottish referendum and Brexit. However, a greater focus on long-term planning and resilience has paid off. 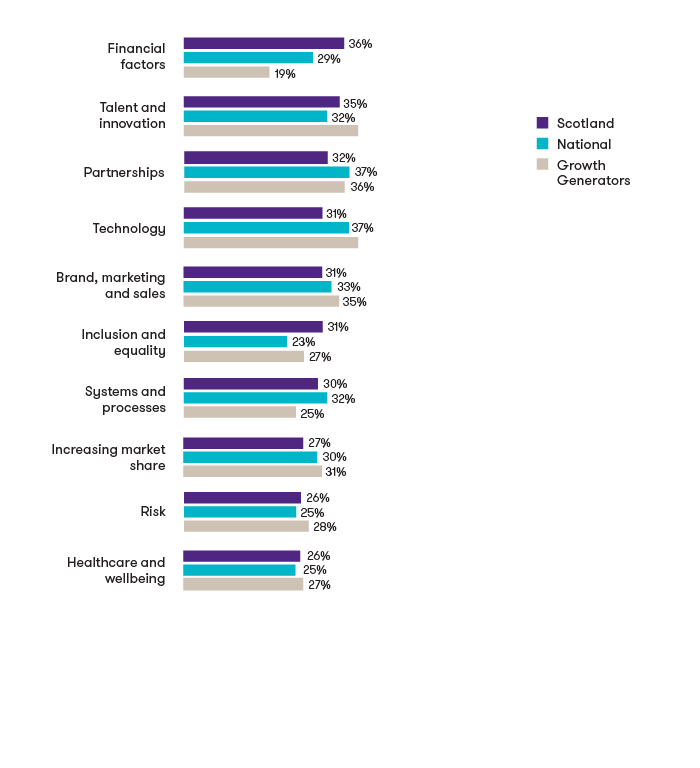 Much of our insight has been driven by Scotland’s Growth Generators, such as Poonam Gupta, CEO of Greenock-based PG Paper. Poonam’s growth journey has been built on a determination to overcome personal and business obstacles and develop a truly international business.

She said: “I think it’s really important for any business, not just ours, to communicate their purpose clearly, internally and externally. I would say particularly internally because then the whole team is working towards the same goal and the same vision that has been set out for it.

“If they know what they’re working towards, their jobs get easier, and they have clear targets on what they need to achieve. Externally, I would say exactly the same. We work with a lot of companies around the globe, and it’s important to tell them what we are about and where we are headed.”

Poonam’s views on a common purpose resonate with our research. The top investment priorities for future growth – as acknowledged by Scotland’s business leaders (42%) – are talent and skills. These priorities are just ahead of the UK average (40%).

The food and drink sector in Scotland is working more collaboratively and seeing results. Our Scotland Limited 2017 report highlighted this as an industry witnessing consistent growth.

Increasing partnerships, international networks and collaborating more are among the top investment priorities for future growth of 39% of Scottish business leaders. This is below the UK average of 41%, but it offers some reassurance. The Scottish business community is increasingly focused on developing a global foothold – and building a ‘Made in Scotland’ brand, rather than ‘Made for Scotland’.

Poonam says growth relies on access to global markets: “It places an emphasis on striking strategic partnerships to develop relationships and opportunities. Key to that success is ensuring everyone in the team works to one vision.”

The political upheaval that faces everyone in the UK remains a dominant theme in boardroom discussion. However, despite the debate over ongoing uncertainty potentially hitting profit margins hard in Scotland, only 22% of respondents told us they plan to invest in a dedicated Brexit strategy. It’s also reassuring to see that 70% of Scottish respondents told us they plan to maintain current levels of growth in the next two years. That sense of resilience in the face of a major challenge perfectly reflects Scotland’s dynamic, vibrant business community.

Andrew Howie, Practice Leader of our Scotland team, concluded: “Many obstacles are on the horizon. But by working more collaboratively, strategically and with purpose, our rich and varied business community can contribute even greater growth – and shape a successful, sustainable future for the country.” 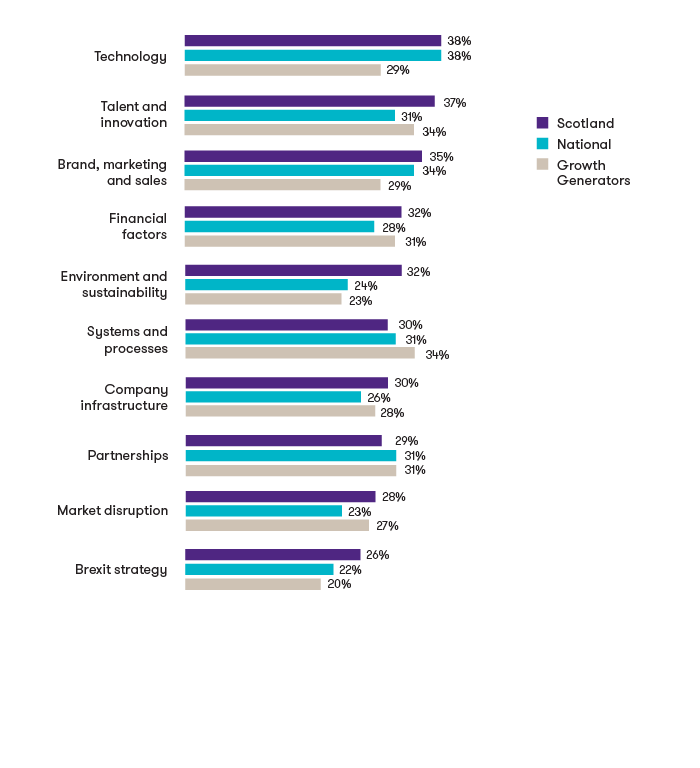 Our growth survey was conducted between August and September 2017. We heard from 1,000 business owners, CEOs, CFOs or CSOs at businesses with turnover of £10 million to £1 billion across all industries and regions4. We also conducted in-depth interviews with 15 CEOs and/or managing directors from high-growth companies, academics and market commentators5. For more about our research, please see our report, Planning for growth.