Made in Britain - not just a nation of shopkeepers

Napoleon once called us a nation of shopkeepers, but really we’re a nation of manufacturers. And businesses are increasingly looking to bring their supply chains home

George Osborne – now editor of London’s Evening Standard – enjoys headline-grabbing soundbites. The former Chancellor of the Exchequer has a long history of producing them at the dispatch box.

One of his favourites came as he concluded his 2011 Budget address: ‘This is our plan for growth. We want the words “Made in Britain”… to drive our nation forward. A Britain carried aloft by the march of the makers. That is how we will create jobs and support families.’

The words ‘march of the makers’ rang out. Manufacturing – lean, mean and clean – was, at least on paper, at the heart of the government’s economic strategy. But today the picture is mixed, more so than when Osborne closed his red briefcase on Budget Day all those years ago. Brexit has consumed the government’s resources and Philip Hammond, the incumbent Chancellor of the Exchequer, has other things on his mind.

According to official data, UK production increased steadily during the 20th century and output peaked in 2000. Then China emerged as the factory of the world, the UK fell into recession and the figures are yet to recover their turn-of-the-century peak.

The process of leaving the EU, triggered in June 2016, has fundamentally changed the environment for businesses in the UK. Concern over trade deals, a weakened pound and worries about the availability of EU labour have thrown the economy into disarray.

Uncertainty is like poison to economic growth and yet, amid all the ambiguity, there is cause for optimism.

Necessity, to paraphrase the saying, is the mother of innovation and sterling’s sudden devaluation has forced a quick rethink on sourcing, supply chains and investment. Some observers believe this could be the start of UK manufacturing’s renaissance.

There is positive anecdotal evidence, too. Last year, English Fine Cottons, a Manchester start-up backed by a £5.8 million investment from its Anglo-German parent company, Culimeta-Saveguard, became the first large-scale outfit to spin cotton on UK shores since the last big mills closed three decades ago.

‘The current uncertainty in the UK raises questions for manufacturers about capital expenditure, decision-making and strategy,’ says Neil Barrell, Partner and Head of Manufacturing and Industrials. ‘But we see pockets of growth in the future.'

‘Certain assets and industries are finding their way back to Britain. There has been a hollowing-out of the supply chain over the years, with sourcing from low-cost economies like China, but there is an appetite to bring them back.’

A deflated currency is not the only motivation for producing in the UK, according to Barrell. For a start, businesses have discovered that all that glitters isn’t gold when it comes to sourcing goods from thousands of miles away.

In a sector driven by lean and agile principles, where businesses manage costs tightly and must be responsive to sudden changes, long and distant chains of supply involving multiple companies pose a threat to business continuity.

As Barrell points out: ‘The cost of the product is one thing, but bringing that product home has working capital implications. There are stock- holding requirements and shipping. Quality is less easily guaranteed and there is greater risk to the supply chain.

‘So the way companies look at supply chains is changing. Brexit is accelerating the process, but it was starting to happen before the referendum.’

These factors are in addition to others that have always been there, such as the UK’s high standards of quality and service delivery, its excellence in the field of design and its skilled workforce. A host of global names manufacture in the UK in sectors like aerospace, automotive and pharmaceuticals.

Contrary to public perception, Britain is a manufacturing powerhouse. It is the ninth biggest producer in the world, still ahead of Russia, Brazil and Mexico. The sector employs 2.7 million people and factories account for 45% of the country’s exports, according to the manufacturers’ association and support group EEF.

One business flying the flag is Sofas By Saxon, which specialises in leather and fabric furniture. Founded in 1982, it has more than 80 employees, including many skilled craftspeople who have been with it from the start.

‘We’ve found that demand has continued to be more or less consistent. We have hired staff since the Brexit vote, chiefly in the production team, as well as taking on more apprentices,’ says Matt Deighton, Managing Director of the business.

‘Our outlook has always been geared toward the long term, so we’ve continued to lay plans for the years ahead rather than being reactive. We are launching a new range of fabric furniture very soon and aim to push ahead with our international expansion plans, having recruited an international development manager to concentrate on advancing our exports.

‘What we do is themed around quality British manufactured furniture; there’s no doubt that the Made In Britain badge has been incredibly important. There is always great stock placed in furniture manufactured in this country, which helps us export to markets around the world. We deliver on that promise in all our furniture.’

Another company following the same path is Cox Powertrain, founded in 2007 by Formula One racing designer David Cox. The business is developing a powerful diesel outboard engine for commercial, government and military use. It has raised £30 million in investment and soon will begin to manufacture its product.

‘UK manufacturing is known for its quality, which is why we chose here,’ says CFO Mark Palethorpe. ‘With a premium product, quality is key to us and having a manufacturing base close to the engineering team is very important.

‘Many companies have learned that outsourcing key components overseas is fraught with challenges. All the elements have to work, otherwise problems grow exponentially. In the aerospace industry, for example, components have come back to the UK for manufacture.’

Businesses everywhere are tuning up for a future outside the EU. They can no longer rely on cheap labour from Eastern Europe, free trade agreements with the bloc, nor even favourable treatment at ports. On the flipside, deals with partners in places like the US, India and Australia are suddenly on the cards.

Cost pressures are forcing manufacturers to revisit everything they do: product lines, production processes and supply agreements. There’s never been a better time to invest in automation, for example, as long as businesses feel confident enough to do so.

‘The UK is underinvested in robotics and automation compared with places like Germany. That’s largely due to availability of cheap labour, which is now under threat,’ says Trefor Griffith, Partner and Head of Consumer.

‘Manufacturers now have to ask themselves how they can become more efficient. They will have to invest more in technology, which obviously comes at a cost. Banks are mobilising to provide sector-specific finance solutions and R&D credits are a tax-efficient way to develop new systems.’

There is also innovation in the way businesses work together to create efficiencies, says Ian Smart, Partner and Head of Retail. He has observed supply chains becoming more cooperative to find solutions.

‘Retailers are facing stiff competition on price so they are increasingly working in partnership with suppliers, rather than the traditional buyer-seller dynamic,’ he explains. ‘It’s a big trend in the motor industry, as well as supermarkets.’

For manufacturers, the future presents opportunities and threats. While negotiations at national level are ongoing these aren’t completely clear, but everyone knows changes are on the way.

It might become harder to recruit, more expensive to sell in Europe and red tape could get in the way of agreements that used to come easily. But equally, with investment, more manufacturing could be done in the UK at competitive prices.

‘Opportunities are there for those who are agile and bold,’ says Barrell. ‘We must always be looking for innovation, not just in our products but in the way we supply and pay for them. It will take creativity; that’s why manufacturers have such an important role in updating the UK’s capabilities.’

In 2011, Osborne saw government as the driving force behind the march of the makers. But today, the impetus is coming from an event that is largely beyond the Chancellor’s or anyone else’s control. Manufacturers will have a major say as to whether the UK is a success post-Brexit. The government is relying on them and it will be businesses that dictate our success or failure. 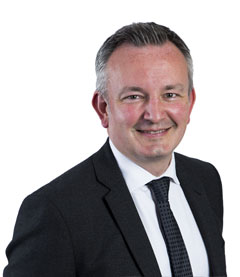 What’s on your agenda?