Local government must unite to survive

There was universal agreement at our latest roundtable on the financial sustainability of local government that the self-cannibalisation, balkanisation and atomisation of the sector must stop.

As somebody once said: we all provide local services, it's just the shapes and sizes that separate us.

The sector faces unprecedented challenges on almost every front

Politics, both nationally and locally, appear locked in a downward spiral and leaders are beginning to talk of communities that are showing the signs of stress and fracture. The challenges posed locally by extremist groups should not be understated and, as the results of local elections sink in, many returning officers will be approaching the possible European elections this month with great caution.

Centrally, the policy challenges around the Spending Review, local government funding beyond 2020, housing growth and health and social care continue to be held up in the schisms of Whitehall. Even recently, the Government’s devolution framework, initially announced in 2017, has once again been kicked into the long grass and is now not expected until “after Brexit”. Which, in addition to being another complicated headache, could also quite feasibly not happen.

Closer to home, local authorities find themselves waiting in hope and anticipation of what the Social Care Green paper may bring. In reality, we all fear many questions will remain unanswered. Or, perhaps worse, that the sector will be dealt further burden with little or no indication of when a long-term sustainable funding solution will be put forward.

Austerity and how it has affected local government has also dominated the headlines of both the mainstream and sector media for several years. Many authorities have already taken significant action to reduce expenditure and increase income to avoid failing financially. However, looking to the future, analysis from the Grant Thornton Financial Foresight model is stark. Based on a range of macro, generally conservative assumptions the model shows that:

Of course, in these situations, local government does what it does best. It digs deep (not just unsustainably into its financial reserves) and rallies at a local level to ensure residents get the service they need and deserve. The test is how we rally as a sector, how we speak with a united voice and a common cause rather than through sectoral, structural or special interest groups that chew over different parts of the sector at the expense of the others.

Our recent discussion covered what a good Spending Review 2019 could look like, what remedies are available to councils to ensure sustainability in the medium- to long-term and what the sector needs to do to influence communities and other institutions to help support long-term sustainability.

We need to create a clear compelling narrative for the sector

Participants agreed that a central narrative for the sector could provide a North Star for all relevant subject areas to be discussed under. This would limit debate, which too often becomes introverted, technocratic and even competitive in some circumstances.

Of course, there is a local and subject specific nuance that rightly should be considered. But this shouldn’t be at the expense of the sector’s fundamental purpose and objectives. Do we truly understand the risk of different groups promoting different narratives?

We need to speak honestly and openly about the challenges ahead

In charting their own course, each place will rightly need to consider its own appetite to risk and reward. However, with many parts of the sector still operating systems more akin to the era in which their town halls were built, can we really say that we are efficient and effective as we could be? Or that residents in different parts of the country are receiving the same standard of service?

For example, our analysis shows that, although the number of Child in Need (CIN) assessments has been steadily rising over the past three years, this increase has been very different regionally. By and large, Councils want CIN numbers to be appropriate and for ‘Early Help’ to have helped as many children as possible before beginning statutory processes. While demographic factors, stress on families and relative child deprivation play a part, the differences between regions are not wholly explained by relative need.

Leaders and chief officers must make an honest assessment as to whether their strategic priorities truly reflect the scale of their financial challenges. Again, it is an unenviable task trying to marry local community and political aspirations with possible financial failure. However, this is a mountain that must be climbed to truly engage councillors and the wider community in conversations about what can be achieved in the context we currently find ourselves in.

Part of the debate focused on the longer-term implications of managed decline and prudence versus innovation, and whether some local authorities planning to fail in short-term (something which statutory officers are legally precluded from doing) could, in fact, be a benefit to the sector as whole.

What must be understood is the net impact of these decisions on the place. Local government does not operate in vacuum and each decision has a consequence. Intended or otherwise.

We need an outcomes-based approach to the spending review

There was agreement that the Spending Review needs to focus much more on the outcomes the sector should be working towards – providing clear purpose before prioritising resources. Then councils can align their purpose, priorities and resources accordingly.

Moving to an outcome-based approach would be an important cultural and mind-set shift for a central process that is traditionally delivered in a hierarchical way, with bidding done in separate areas (often in isolation from each other) and where the financial focus has been on the savings needed rather than the resources invested and the outcomes this investment should be achieving.

Ultimately, the messages where clear - certainty in the short-term. Unity for the long-term.

Contact Phillip Woolley for further information on challenges raised in this article or to find out more about financial foresight. 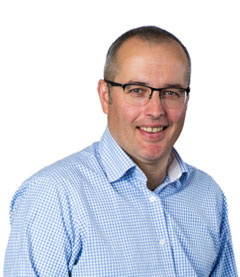