How did Facebook grow to its first 500 million users? 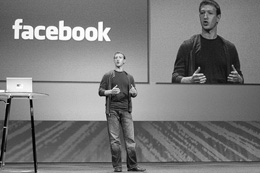 Just ahead of Facebook’s IPO, some fascinating insights into the company’s phenomenal growth emerged on question-and-answer site Quora this week, as a former member of Facebook’s ‘Growth team’ shared his experience of the social network’s growth strategies.

What are some decisions taken by the ‘Growth team’ at Facebook that helped Facebook reach 500 million users?

That was question posted on Quora, a site founded by two Facebook employees in 2010 that has become a popular place for industry experts to post on emerging knowledge.

Andy Johns, former Head of Global SEO and PPC efforts for Facebook, answered the question in a 2,000-word online essay highlighting decisions around tactics, strategy, hiring, and priorities and culture. His answer was then endorsed by Chamath Palihapitiya, Facebook’s former VP responsible for overseeing core growth components, who led the team for four years.

It’s a great read for directors wanting to know how the world’s fastest-growing social network created a culture based around growth.

On key talent: “Who was hired to work on growth was arguably the most important decision being made.”

On international growth: “Perhaps the greatest lever in getting to 500M or more users was making the site available in virtually every language on the planet.” Partnerships, such as that with Yandex, the largest search engine in Russia, also helped Facebook enter new territories.

On growth roadmaps: Simple growth funnels were used to break down approaches to different target areas.

On M&A: Facebook acquired its third company, Octazen, in February 2012, a possible talent acquisition to improve its contact importing service for new users.

On culture and priorities: International flags hanging from the ceiling; inspirational banners, messages and pictures on the wall; priority support from the executive team; and Chamath Palihapitiya’s cultivation of “balanced aggression” in growing the site – all fostered a “growth environment [that] was palpable”.

Palihapitiya joins in the follow-up discussion with his two keys to understanding growth – having a fundamental understanding your product (and why people use it) plus a non-complex framework for growth.

And another commenter, Jonathan Katzman, Director Product Management at Yahoo!, adds that in his interactions with Facebook employees, comments such as “That’s a growth request” would immediately escalate a request to top priority within the company.

For the full story and conversation, read the article on Quora…

“Truly digital businesses can scale internationally at a pace we’ve rarely experienced before. The challenge with this is dealing with the need for fast structural change and the business challenges that come with that.

“It’s well known that Facebook [which recently surpassed at 900 million users] has a unique business culture that is hard to replicate. But with domestic markets offering few opportunities for growth, it makes sense to cultivate a company culture that prioritises growth and to look more aggressively at the international opportunity.”