Happy Diwali to all our clients and friends

After enforced restrictions on physical events over the last year and a half, we were delighted to host our annual Diwali Reception in our Finsbury Square office. Keep reading to learn more about the event and what Diwali symbolises.

Diwali, Divali or Deepawali, known as the 'festival of lights', typically lasts five days and is celebrated during the Hindu Lunisolar month of Kartika, between mid-October and mid-November.

The festival marks the return of the Hindu God Rama and Goddess Sita to their kingdom of Ayodhya after a 14-year exile and the defeat of King Ravana of Lanka, who had abducted Sita. The people of Ayodhya lit up their houses and streets with lamps to mark their arrival, hence the name Diwali, meaning 'row of lamps'.

Diwali also has a very special significance in Jainism as it marks the anniversary of Nirvana, the liberation of Mahavira's soul. For Sikhs, it also recalls the release of Guru Hargobind Singh from incarceration by the Mughals in the 17th century and is celebrated as 'Bandi Chhor Diwas' in Punjab.

For all of us, Diwali symbolises the spiritual victory of light over darkness, good over evil and knowledge over ignorance. Something particularly meaningful, given the events of the last year and a half.

After hosting the Diwali reception virtually last year, our South Asia Business Group led by Anuj Chande and Chandru Iyer were delighted to organise this year's event in our Finsbury Square office.

Attended by over 100 clients and contacts on the India UK corridor, the Diwali reception was a wonderful way to re-emphasise the message that in spite of the current circumstances we can look towards a more hopeful future.

The event was memorable, with a wide range of Indian canapes, drinks and a live Bollywood musical session. Representatives from the High Commission of India addressed the attendees and passed on the Diwali wishes on behalf of the High Commissioner. Sweet boxes were a fitting end to the evening, as the bright London skyline created the perfect Diwali ambience.

Watch highlights from the reception 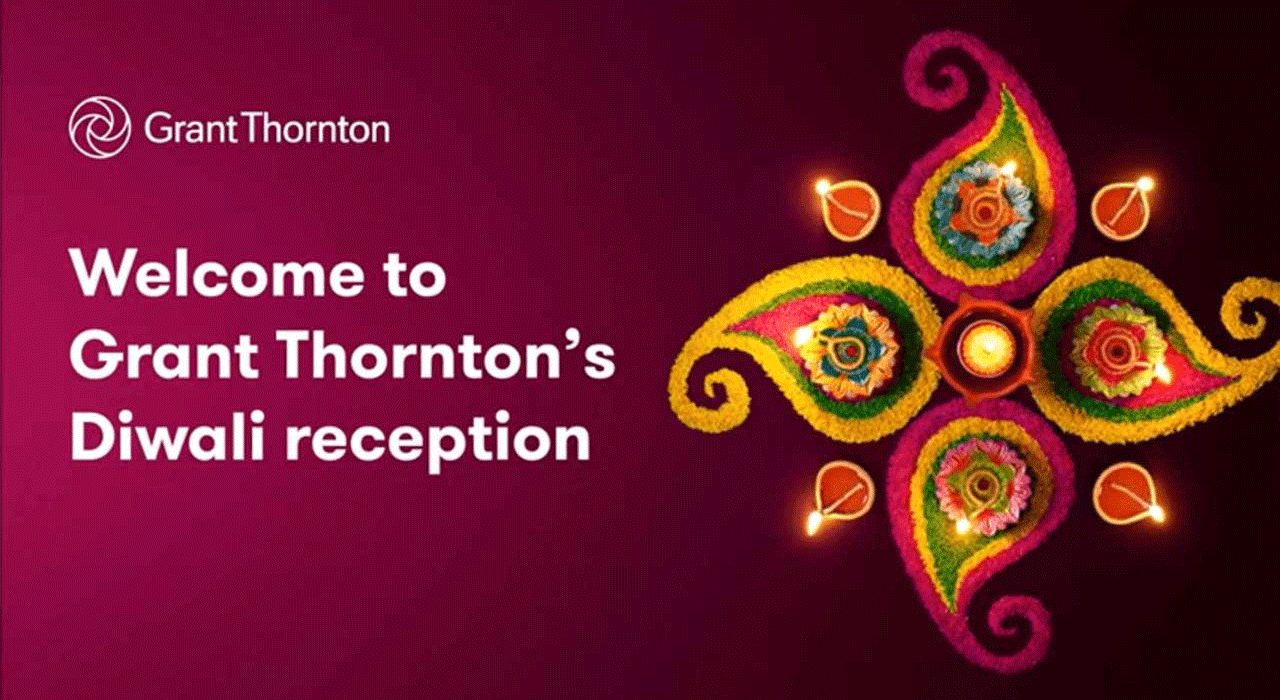