The results from our annual global survey of senior women in business are in – from country rankings and types of roles held to the male/female disparity on what makes a good leader.

Over the past 12 years, Grant Thornton’s International Business Report has been documenting the proportion of senior female executives in boardrooms around the world (see Women in the boardroom 2004-2014).

For this International Women’s Day 2016, we surveyed 5,520 businesses in 36 economies to find that the number of senior business roles held by women has increased in 2016 – but only slightly, from 22% to 24%. A third of businesses globally also still have no women in leadership positions.

The UK is, unfortunately, one of the poor performers on gender diversity in the boardroom. The number of senior leadership roles held by women has actually dropped from 22% in 2015 to 21% this year, while 36% of UK businesses still have no women in leadership roles.

For the full insight and analysis, download our report: Women in business: Turning promise into practice [ 4411 kb ]. The five charts below give a headline summary. 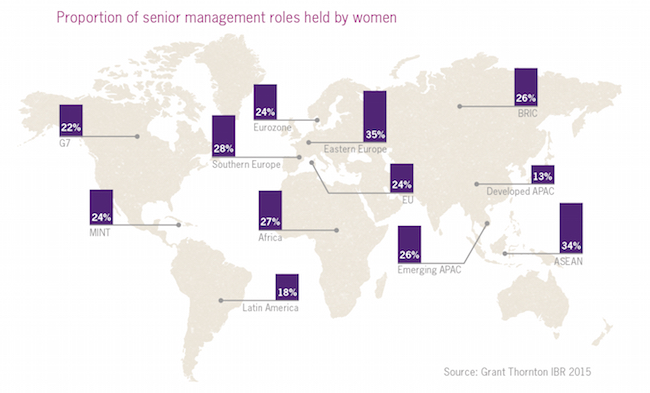 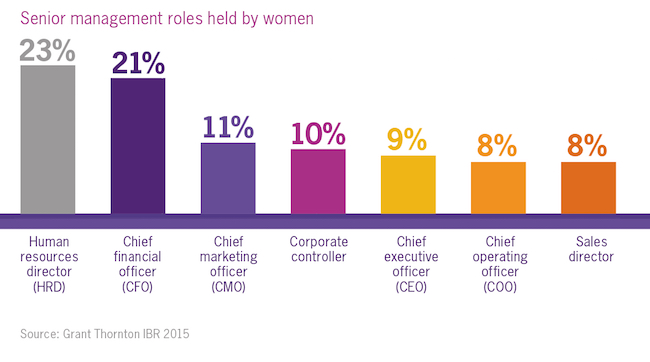 4. What makes a good leader? 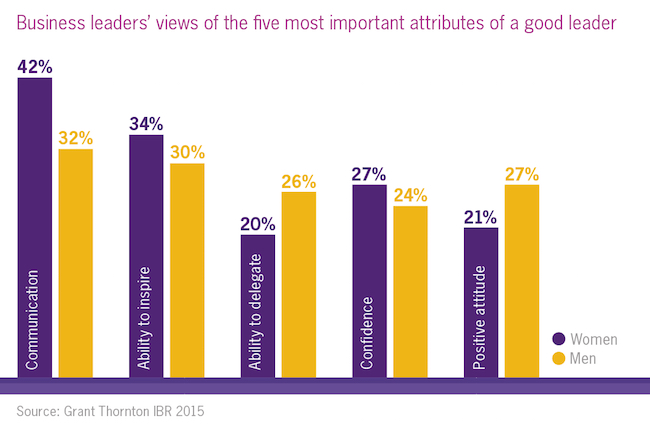 5. What drives women in business to take leadership roles? 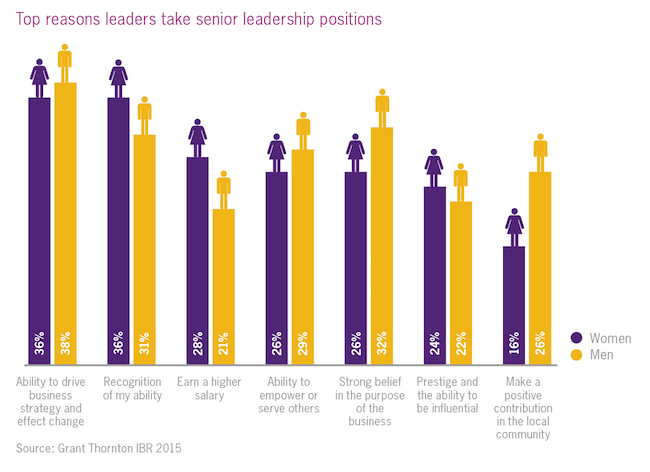 How can we increase gender diversity?

The pace of change around increasing the number of women in the boardroom is slow.

The International Women’s Day campaign notes that the World Economic Forum predicted in 2014 that it would take until 2095 to achieve global gender parity. Then one year later in 2015, it estimated that a slowdown in the already glacial pace of progress meant the gender gap wouldn't close entirely until 2133. (Hence this year’s #IWD2016 campaign theme of  #pledgeforparity – to take a concrete step to help achieve gender parity more quickly. )

As Francesca Lagerberg, Global leader for tax services and sponsor on women in leadership at Grant Thornton, says in our survey foreword: “The gender diversity issue has been on the business agenda for many years now, yet a third of businesses still have no women at a senior management level. Something is not working.”

In a follow-up post tomorrow, we’ll be focusing on the actions recommended in our 2016 report that women, businesses and governments can take in order to help close the gap. 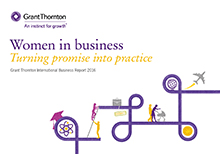