As part of their consultation on restoring trust in audit and corporate governance, the government is proposing to expand the definition of a public interest entity (PIE). Fiona Baldwin explains what organisations can do to prepare.

Following three separate independent reviews, the Department for Business, Energy and Industrial Strategy (BEIS) recently published a consultation seeking views on proposals to strengthen the UK’s corporate governance framework for major companies and the way they are audited.

The full proposals can be found on the government website and we'll share our full thoughts in a formal submission to the consultation.

A key component of the proposals is the recommendation to expand the definition of a public interest entity. This has the potential to bring significant changes to potentially up to 2,000 organisations captured by the broader definition; many of whom may be unaware of what is required.

Article
UK SOX is coming: how can you get ahead of the curve? Find out more

What is being proposed and who will it impact?

Expanding the definition of a public interest entity to include large private companies and ‘large’ Alternative Investment Market-quoted (AIM) companies.

The government proposes two possible tests to extend the definition:

1 Adopt the test used to identify companies already required to include a corporate governance statement in their directors’ report. This covers all companies with either:

This is expected to generate 1,960 new public interest entities.

2 Adopt a narrower test, which incorporates the threshold for additional non-financial reporting requirements for existing public interest entities. This would cover companies with both:

This is expected to generate 1,060 new public interest entities.

The government is proposing that any new definition of PIE should also include companies on the exchange-regulated AIM market with a market capitalisation above EUR 200 million.

The government is seeking views on whether to include large ‘third sector entities’ as PIEs beyond those that would already be included in the above definitions proposed for large private companies.

As part of the consultation, the government is exploring whether a separate threshold should be used for ‘third sector’ entities, such as universities, charities, and housing associations. The threshold being discussed is the previous Financial Reporting Council (FRC) inspection threshold of incoming resources exceeding £100 million.

It isn't entirely clear how international operations will impact the new scope. The current reading of proposals suggests that the metrics of the group are used to determine if an organisation is a public interest entities. If the group metrics meet the definition, then the parent company, not the whole group, is treated as a public interest entity.

What are the changes for public interest entities?

Companies will have to create and implement new policies and procedures, including creating new systems, to enable compliance with public interest entity requirements and make full disclosures. There's a lot of work that will need to happen in the background to do this.

For those organisations at risk of falling into the scope of new definitions, there are a number of things to consider:

Additional considerations for new public interest entities that will need to be addressed as part of existing requirements, include:

As part of the wider consultation, there are proposals to extend the current requirements. These would also be applicable to new public interest entities, though the details are yet to be agreed.

Public interest entities may be required to report on a much-broader number of topics, including:

A new resilience statement, phased in over a two-year period that:

Classification as a public interest entity will mean organisations are likely to be more restricted over what non-audit services can be provided to those organisations by their auditors. Early conversations with our clients on what their preferred channel choice is, if they are affected, will help us deliver the service that meets the client’s needs.

The increased regulations associated with auditing public interest entities lead to greater risk for the audit firm. This additional risk may make providing audit services in this space less attractive. Different firms will have different risk appetites, meaning there is a potential for some firms to withdraw from the market, reducing choice and potentially increasing cost.

"In practice, entities are of public interest due to a range of factors, not just because they are listed on a stock exchange. While the details are yet to be agreed, the direction of travel is clear and we can expect a broadening definition to address the aims of the wider consultation. Organisations need to consider now, what these changes might mean for them and begin preparing accordingly."

Getting ahead of the curve

With weeks to go until the consultation ends, and longer before any changes are implemented, here are a few things to consider to get ahead of the curve:

Consider how these changes might affect your organisation and what you will have to do in response. This might include updating internal processes and systems or appointing new service providers.

Make sure boards and management teams understand what any potential changes will mean for them and their roles. Employees will need support in understanding and applying the new requirements.

We can help you understand the current landscape and what any potential changes might mean for your organisation. Our wide range of audit and assurance services cater to private, public and international companies across various sectors.

For more information on how we can support you, visit our audit and assurance page. 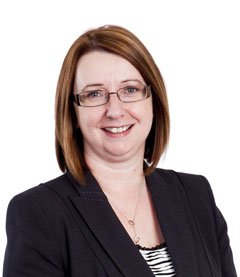 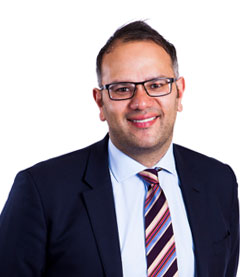 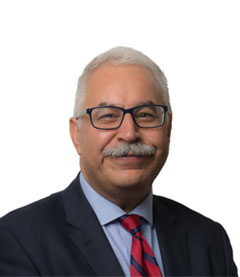